It is the second time United manager Jose Mourinho has invested in the 28-year-old's talents having brought him back to Chelsea in 2014 after a successful spell with Benfica. 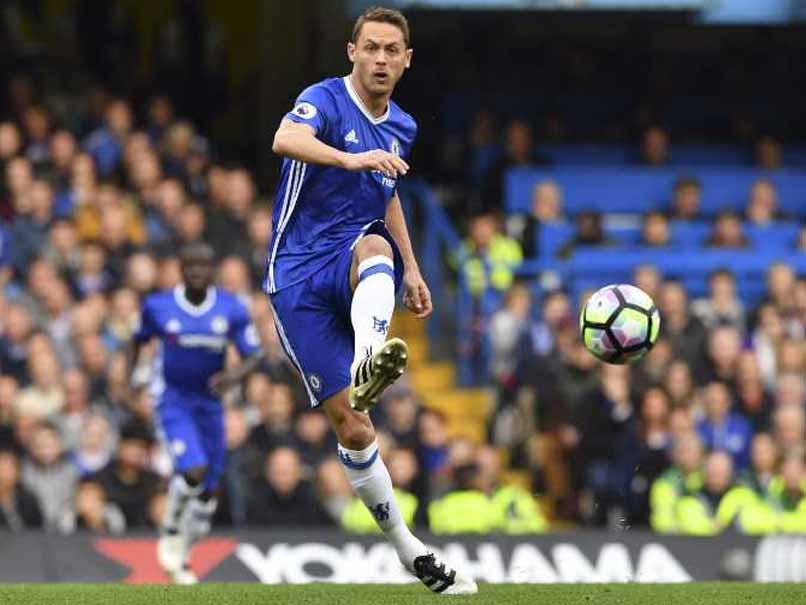 Serbian international midfielder Nemanja Matic signed for Manchester United on Monday from Premier League champions Chelsea, the buying club announced, for a reported fee of £40 million ($52.7m, 44.7m euros). It is the second time United manager Jose Mourinho has invested in the 28-year-old's talents having brought him back to Chelsea in 2014 after a successful spell with Benfica.

Matic signed a three-year contract with United with the option to extend it by a year.

The boss: "Nemanja is a Manchester United player and a Jose Mourinho player." #MaticIsRed pic.twitter.com/ekGbcnPTrV

"Nemanja is a Manchester United player and a Jose Mourinho player," Mourinho told the club website.

"He represents everything we want in a footballer: loyalty, consistency, ambition, team player.

"I would like to thank him for his desire to join us because without that, it would be impossible to have him here. I am sure our players and supporters will love him."

Matic played just 65 minutes for Chelsea in his first period at the club before being part of the deal that saw David Luiz move to Chelsea and him move in the opposite direction to Benfica in 2011.

He said Mourinho's presence at United had made it an easy decision.

"I am delighted to have joined Manchester United. To work with Jose Mourinho once again was an opportunity I couldn't turn down," he told the club website.

"I have enjoyed my time at Chelsea and would like to thank the club and the fans for their support. I cannot wait to meet my new team-mates and to start training with them.

"This is a very exciting time for the club and I am looking forward to playing my part in creating more history for this great club."

Comments
Topics mentioned in this article
Nemanja Matic Manchester United Chelsea English Premier League Football
Get the latest updates on IPL 2020, check out the IPL Schedule for 2020 and Indian Premier League (IPL) Cricket live score . Like us on Facebook or follow us on Twitter for more sports updates. You can also download the NDTV Cricket app for Android or iOS.