Manchester United fans called for Cristiano Ronaldo's return after the club paid tribute to the footballer for having reached a century of goals for Portugal. 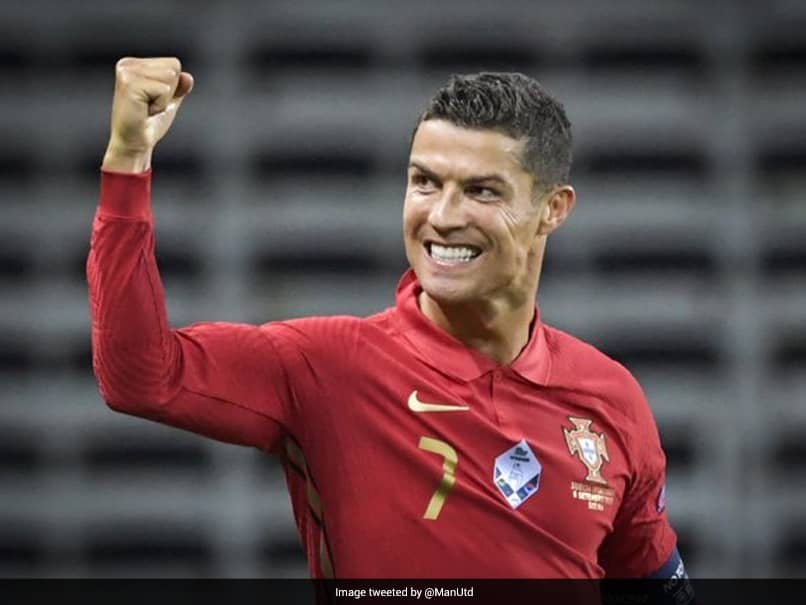 English side Manchester United on Wednesday congratulated former club footballer Cristiano Ronaldo, who scored his 100th and 101st international goals for Portugal. "Congratulations to @Cristiano on a century of international goals for @SelecaoPortugal #MUFC #Nations League," read the tweet by the club's official Twitter handle. Fans were quick to call for Ronaldo's return to Manchester United, where the Portuguese developed as a top player under Sir Alex Ferguson, before being sold to Spanish club Real Madrid for a then club-record fee. The 35-year-old is now under contract with Italian side Juventus, which has not dampened the enthusiasm of the United fans as evident from the reactions.

"BRING HIM HOME," tweeted a fan in response to the club's congratulatory post.

This was followed by a similar message from other fans, who encouraged the club to "make it happen."

Last dance? Would be nice pic.twitter.com/J5NYxAxAaq

Popular Manchester United footballer Rio Ferdinand also had more praise for Ronaldo, which he expressed in a video posted on the official FIFA World Cup Twitter handle. "Some players don't even get 100 goals in their whole career. This isn't even about your club goals, this is just the national team. It's crazy."

"Some players don't even get 100 goals in their whole career. This isn't even about your club goals, this is just the national team. It's crazy."

The Portuguese footballer is followed by Ferenc Puskas and Godfrey Chitalu on the third and fourth positions, with the duo scoring 84 and 79 goals respectively.

Portugal are currently on top of their group with six points, with France on the second position. Sweden and Croatia are placed on the third and fourth spots.

Portugal English Premier League
Get the latest updates on IPL 2020, check out the IPL Schedule for 2020 and Indian Premier League (IPL) Cricket live score . Like us on Facebook or follow us on Twitter for more sports updates. You can also download the NDTV Cricket app for Android or iOS.