Manchester United released its new kit on Twitter, which received plenty of backlash from its loyal fanbase. 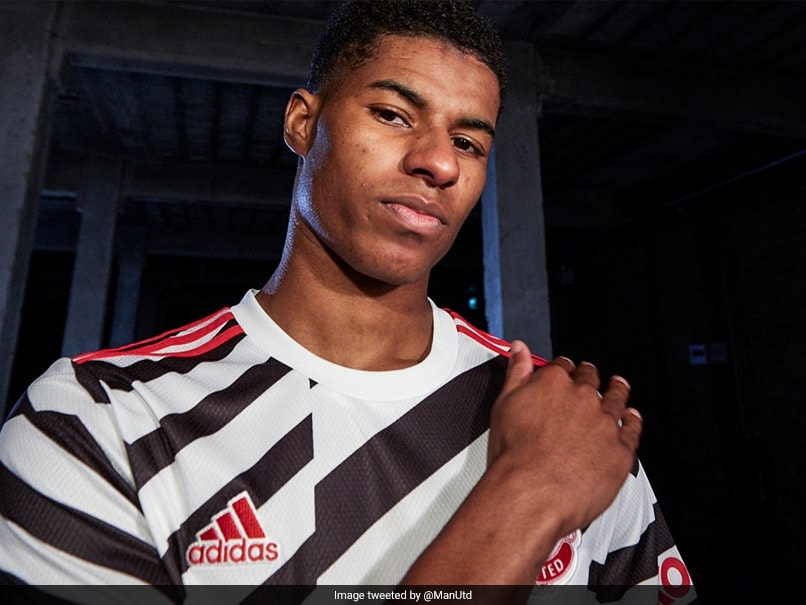 Manchester United fans have lashed out at the club and the kit manufacturers for the team's third kit. The new kit has been nicknamed "zebra" by many fans, who have not been impressed. The new kit was an attempt to revamp the Premier League outfit's third kit with tradition. The third kit is based on the club's first striped kit to the designs of the 1970s and 80s. Former United midfielder and England captain David Beckham unveiled the kit along with some of the players. The club posted a few photos on Twitter, with the first promotion of this kit captioned as, "Thanks for the seal of approval, Becks - we'll take it from here Presenting our new @adidasfootball 2020/21 third shirt, out now. #MUFC x #ReadyForSport".

Thanks for the seal of approval, Becks - we'll take it from here

The kit had originally leaked online a few weeks ago, and was trolled by football fans across the world. Many fans have even taken to social media to call it the club's worst-ever jersey.

Some fans even drew comparisons with the recent Harry Maguire incident in Greece, where the defender was arrested. Fans have stated that as the defender had been arrested, the club decided to go ahead with a prison-type uniform.

Meanwhile, many fans have said in banter that the club could be doing this to hypnotise opposition defenders with the black-and-white pattern. A user on Twitter said, "Dan James chasing down balls in this kit, I can say with complete confidence that opposition defenders aren't ready."

Other fans have also mocked the club for using Beckham. With many saying that as the jersey is so bad, that the club needed someone of Beckham's stature to promote it. A Twitter user said, "Jersey so outrageous that you need Becks to sell it."

Here are some of the other fans' reactions:

Jersey so outrageous that you need Becks to sell it. pic.twitter.com/yhLuYSnREV

Is this some kind of tribute to Maguire's time in Greece? I mean ... pic.twitter.com/JruhjrhrzW

Manchester United David Beckham English Premier League Football Marcus Rashford
Get the latest updates on SA vs IND 2021-22, check out the Schedule and Live Score . Like us on Facebook or follow us on Twitter for more sports updates. You can also download the NDTV Cricket app for Android or iOS.