Alexis Sanchez moved from Arsenal to Manchester United, then managed by Jose Mourinho, in 2018 but endured a torrid spell at Old Trafford. 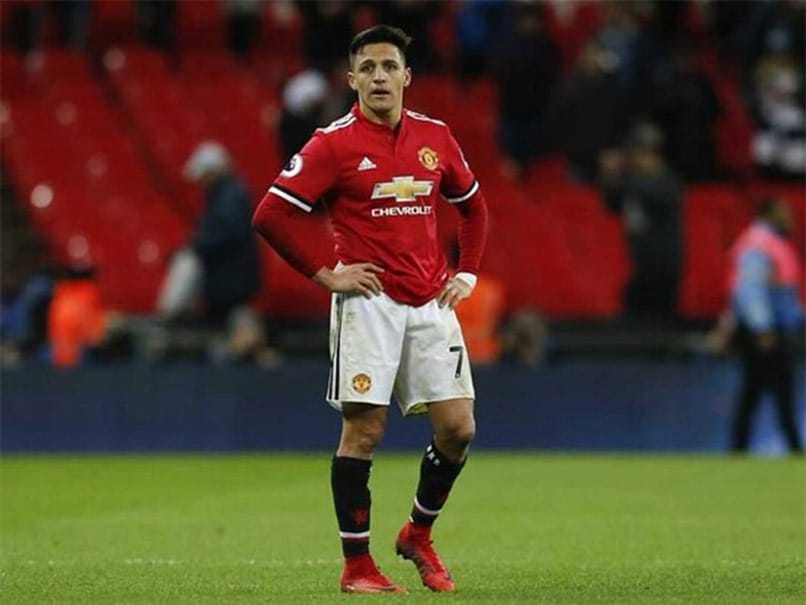 Alexis Sanchez had a disastrous spell at Manchester United, scoring only five goals in 45 appearances.© AFP

Inter Milan forward Alexis Sanchez has revealed he asked his agent if he could leave Manchester Unitedafter just one training session at the Premier League club. Sanchez moved from Arsenal to United, then managed by Jose Mourinho, in 2018. But the Chile international endured a torrid spell at Old Trafford, scoring only five goals in 45 appearances.

Sanchez was loaned to Inter Milanfor the 2019/20 season, a move he made permanent last month.

The 31-year-old has explained his side of the story in a video on Instagram, admitting he immediately had a bad feeling about his switch to United.

"I ended up signing without much information about what was happening in the move," Sanchez said.

"The first days that I was with my colleagues, sometimes there are things that you do not realise until you arrive.

"The first training I had I realised many things. I came home and I told my representative: 'Can't the contract be terminated to return to Arsenal?'

"They start laughing and I told them that something did not sit right with me. It (the contract) had already been signed."

Sanchez, who had scored 80 goals in 166 appearances for Arsenal, arrived at Old Trafford in the January transfer window with big expectations on his shoulders after becoming United's top-earner.

He believes he was the scapegoat for United's struggles under Mourinho.

"I'm telling you my experience, the journalists at times would speak without knowing the facts and it hurt -- they had no idea what was going on inside the club," said Sanchez.

"They said it was my fault, and this, and that, but sometimes a player depends on the environment, the family that is created around him, and I think that in that moment we weren't really a family.

"And that translated onto the pitch, and since there needed to be someone to blame, they blamed me."

Sanchez recalled one moment at United when he was left out of the matchday squad by Mourinho for a game against West Ham in September 2018.

"In a game with West Ham I wasn't picked," he said. "That had never happened to me as a player. It bothered me and I said it couldn't be possible.

"To go from being one of the best in the Premier League to not playing in five months. I came to my house and I was very sad. The next day I trained in a double shift, because I love what I do."

Arsenal English Premier League Football
Get the latest updates on Fifa Worldcup 2022 and check out  Fifa World Cup Schedule, Stats and Live Cricket Score. Like us on Facebook or follow us on Twitter for more sports updates. You can also download the NDTV Cricket app for Android or iOS.