Alexis Sanchez, 30, has endured a miserable time in Manchester since joining the Red Devils in January 2018. 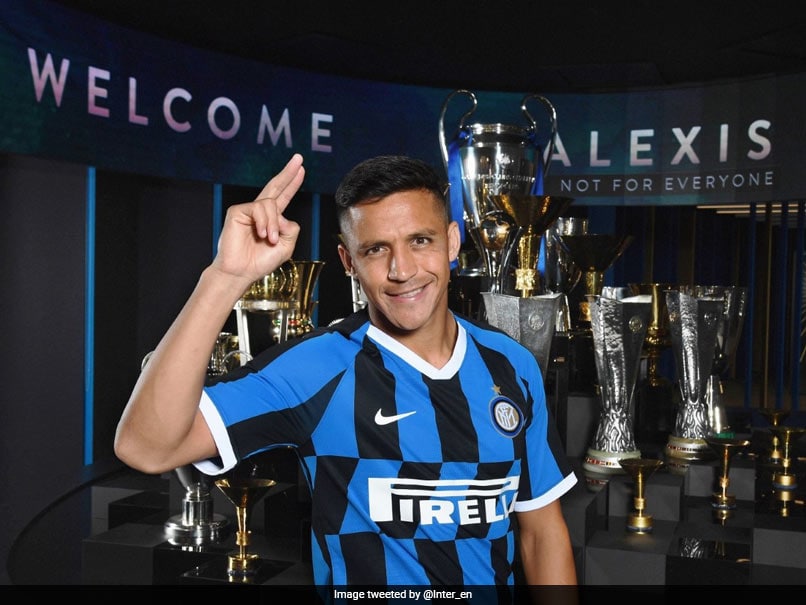 Romelu Lukaku scored as Conte's reign as Inter coach got off to a perfect start with a 4-0 win over promoted Lecce on Monday.

However, reviving Alexis Sanchez's fortunes will be a bigger ask of Conte's management after 18 months in the doldrums at Old Trafford.

Manchester United have cut their losses on the former Barcelona and Arsenal star, but are still reportedly set to pay a large chunk of Sanchez's 400,000 a-pound week wages after his form and fitness deserted him over the past two seasons.

Manchester United announced his arrival in a swap deal that sent Henrikh Mkhitaryan to Arsenal to much fanfare, having beaten local rivals Manchester City to his signature.

However, his four-and-a-half year contract has since become a noose around United's neck, with possible suitors put off by his huge salary.

Sanchez scored just one goal and completed 90 minutes in the Premier League just once last season as he fell behind Lukaku, Marcus Rashford and Anthony Martial in the fight for places up front under both the departed Jose Mourinho and Ole Gunnar Solskjaer.

Manchester United Alexis Sánchez Football
Get the latest updates on Fifa Worldcup 2022 and check out  Fifa World Cup Schedule, Stats and Live Cricket Score. Like us on Facebook or follow us on Twitter for more sports updates. You can also download the NDTV Cricket app for Android or iOS.