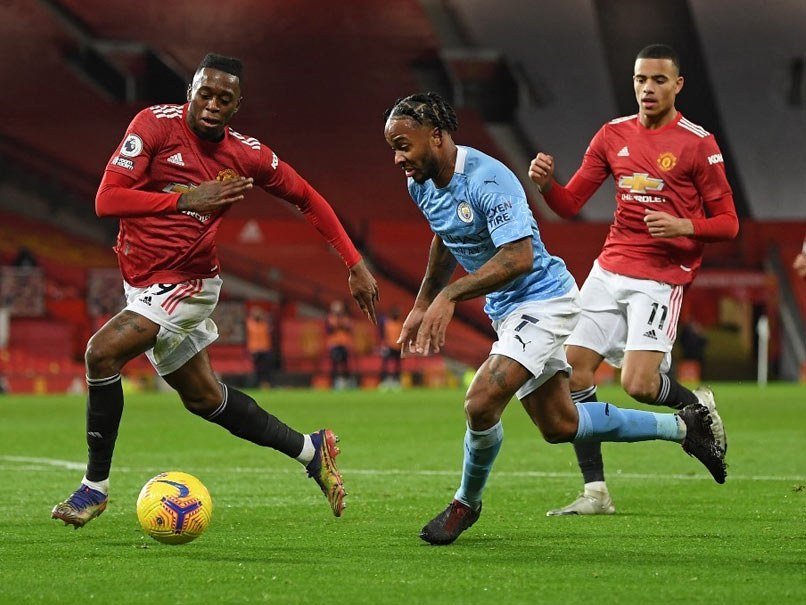 Manchester United and Manchester City did their Premier League title ambitions little favours in a drab 0-0 draw at Old Trafford as Chelsea's challenge also suffered a setback in a 1-0 defeat at Everton on Saturday. The pressure on United manager Ole Gunnar Solskjaer was ramped up after his side crashed out of the Champions League with a midweek defeat at RB Leipzig. The beleaguered boss desperately needed an uplifting result in the derby to win back some support, but there was little for either side of the Manchester divide to get excited about as both teams failed to fire.

United have won just one of their last four games in all competitions and have only one win at Old Trafford in six Premier League games this term.

However, Solskjaer defended his side's performance as they restricted City to just one big chance when David de Gea saved from Riyad Mahrez midway through the first-half.

"Tactically we knew they were going to give us some problems but defensively we were excellent. With the ball we didn't create as much as we wanted."

A draw leaves United still one point above City but the Red Devils are now eighth with Pep Guardiola's men ninth.

"The important thing is we didn't concede," said Pep Guardiola after his side kept a club record sixth consecutive clean sheet.

"We had enough chances to win but the game was tight. We have to be a little bit more sharper up front."

United were awarded a penalty two minutes into the second half when Kyle Walker kicked Marcus Rashford, only for the decision to be overruled by VAR as the forward had strayed offside in the build-up.

A penalty was the difference between the sides at Goodison Park as Everton fed off the atmosphere created by 2,000 fans for the first time since March to arrest their slide.

"The impact was really strong," said Everton boss Carlo Ancelotti on the difference even a small number of fans made.

"It is really important to have the supporters, it is a totally different environment here completely."

Ancelotti's men had won just once in their previous seven games after a flying start to the campaign had taken them top of the table in early October.

The only goal came on 22 minutes when Dominic Calvert-Lewin was wiped out by a rash challenge from Chelsea goalkeeper Edouard Mendy and Gylfi Sigurdsson coolly slotted away the spot-kick.

Chelsea hit the post twice through Reece James and Mason Mount from shots outside the box, but were limited without the creative spark of the injured Hakim Ziyech and Christian Pulisic.

A first defeat in 18 games, excluding penalty shootouts, leaves Frank Lampard's men still two points adrift of Tottenham and Liverpool who can extend that advantage at the top to five points when they are in action on Sunday.

"We didn't have enough. For our levels, at what we've been recently, it was not good enough," said Lampard.

"It was a big test for us, we didn't pass that test but we will in the future."

Victory lifts Everton up to seventh and back to within one point of the top four.

At St James' Park, Newcastle made a fast start on their first match since a coronavirus outbreak at the club led to last weekend's clash with Aston Villa being called off.

Miguel Almiron scored the fastest goal in the Premier League this season after just 20 seconds.

West Brom levelled through Darnell Furlong, but Dwight Gayle scored the winner eight minutes from time to lift the Magpies up to 11th.

Villa are into the top half after Anwar El Ghazi's last-gasp penalty beat Wolves 1-0 in a dramatic finale.

The visitors were reduced to 10 men five minutes from time when Douglas Luiz was shown a second yellow card.