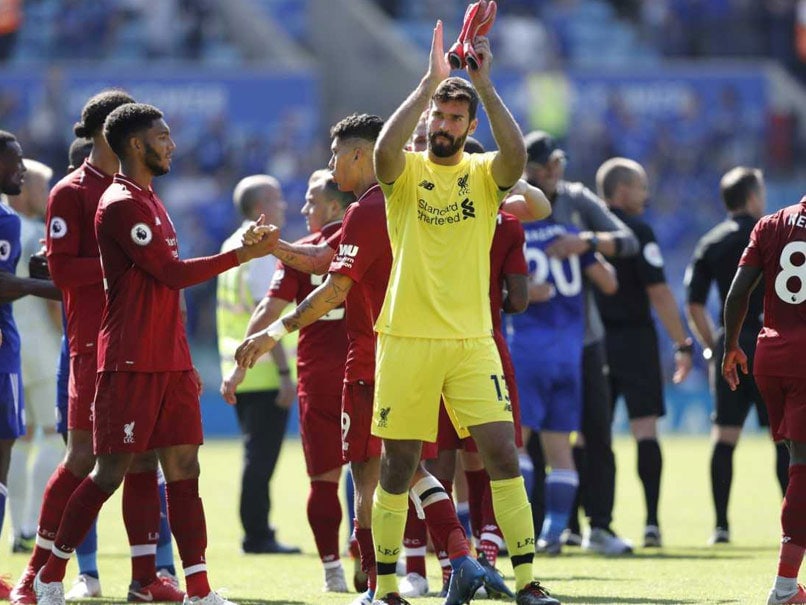 Liverpool's goalkeeping coach Jack Robinson hailed custodian Alisson Becker and said he matches the skills of the former Italian midfielder Andrea Pirlo in training sessions. The Brazilian joined the club in the summer of 2018 and left a huge impact on the side. Over the years, he became the most trusted man for the Premier League club in the last line of defence."Unbelievable! He's like Pirlo or someone like that. He's really comfortable on the ball and wants to receive it under pressure. Like you see in the games, that nerve strength, that calmness, he's able to play when there's chaos all around him," Robinson told Liverpool's official website.

"If a team is pressing high up the pitch, there's obviously space in behind them. You see with Alisson and the runs that Mo [Salah], Sadio [Mane] or Bobby [Firmino] make or one of the midfielders might make, we look to play beyond the team as well. It's exploiting where space is," he added.

While Alisson is often the man to start attacks for Liverpool, his main job is to cut short those of domestic and continental rivals.

"The nature of how our team plays, we're a fast attacking team. We look to break quickly, so the goalkeepers are always looking to keep the pace and momentum of the game going," Robinson said.

"A lot of the work that we do as a team is about being in the right position and to get the focus on that. The way to do it is to obviously talk to your defenders, so communicating to them keeps you focused in the game," he added.

Comments
Topics mentioned in this article
English Premier League Alisson Andrea Pirlo Sadio Mane Roberto Firmino Mohamed Salah Football
Get the latest updates on IND vs NZ 2021, check out the Schedule and Live Score . Like us on Facebook or follow us on Twitter for more sports updates. You can also download the NDTV Cricket app for Android or iOS.