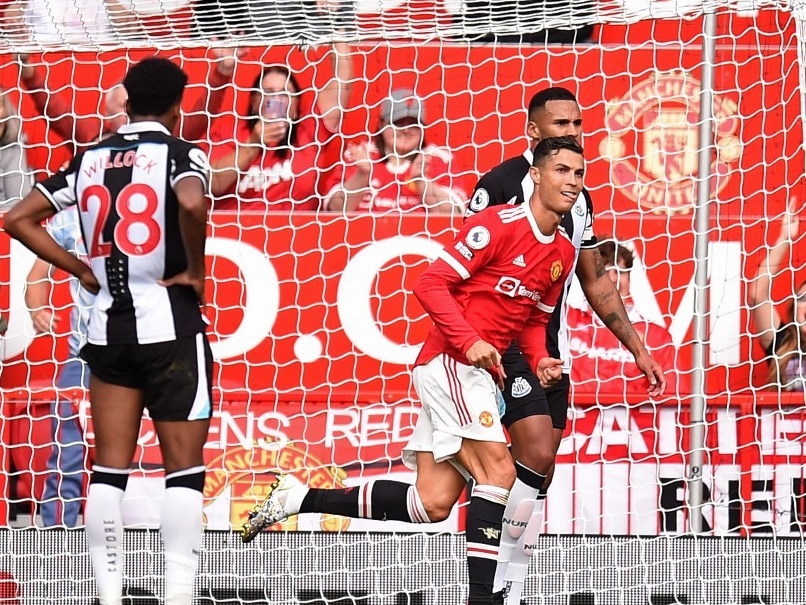 With Cristiano Ronaldo marking his return with a brace, Manchester United sealed a 4-1 win against Newcastle United in the Premier League, at Old Trafford on Saturday. The Portugal captain scored his first goal at the cusp of half-time, via a deflection. Javier Manquillo bought Newcastle back into the game with a driving effort in the early stages of second-half. But Ronaldo had other plans, scoring his second goal within a few minutes after a through ball from Luke Shaw. Bruno Fernandes added another goal for United with a long-range effort in the 80th-minute. Jesse Lingard, who came in as a substitute, scored another goal for the home side in the dying stages of injury time.

David de Gea Jonjo Shelvey Martin Dubravka Jamaal Lascelles English Premier League Football Live Score Football Live Blogs
Get the latest updates on IPL Auction 2023 and check out  IPL 2023 and Live Cricket Score. Like us on Facebook or follow us on Twitter for more sports updates. You can also download the NDTV Cricket app for Android or iOS.