Frank Lampard said he enjoyed coaching a player with so much "intensity in wanting to perform at the highest level" even in the twilight of his career at age 36. 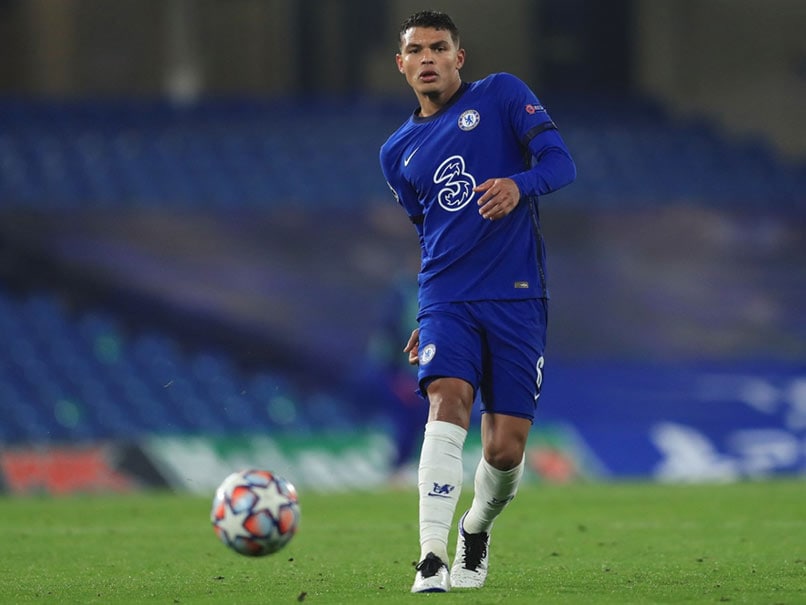 Thiago Silva arrived at Chelsea on a free transfer from PSG in August.© AFP

Frank Lampard has hailed Thiago Silva's "huge" influence on Chelsea's new-look defence after they recorded five consecutive clean-sheets for the first time in a decade. The Brazilian centre-back arrived at Stamford Bridge on a free transfer from Paris Saint-Germain in August as one of the pieces in an extensive summer rebuild. "His influence has been huge," said Lampard, whose side host Sheffield United in the Premier League on Saturday. "Even without the language his professionalism has been very clear. That rubs off on players, they respect him.

"His performances have been very, very good. He manages himself, he trains well, he prepares well, it's very obvious from him and understandable why he's had the amazing career he's had so far."

Lampard said he enjoyed coaching a player with so much "intensity in wanting to perform at the highest level" even in the twilight of his career at age 36.

"We're managing him slightly, but when you look at his performances and how he trains, it's just been a real positive story so far," he added.

But Senegal international Edouard Mendyis expected to continue with the gloves after six clean-sheets in his past six games for the club.

Chelsea will be without Christian Pulisic, who is struggling with a hamstring problem.

Kai Havertz missed Wednesday's 3-0 Champions League win over Rennes after testing positive for coronavirus and will also sit out the weekend's league match.

The Germany playmaker now faces a wait to discover whether he will be able to be involved in his country's upcoming fixtures.

Chelsea Frank Lampard Thiago Silva English Premier League Football
Get the latest updates on IPL Auction 2023 and check out  IPL 2023 and Live Cricket Score. Like us on Facebook or follow us on Twitter for more sports updates. You can also download the NDTV Cricket app for Android or iOS.