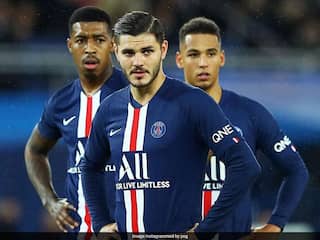 The coronavirus crisis has left Paris Saint-Germain apparently weakened both on the field and off it. 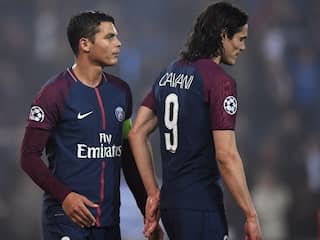 Thiago Silva and Edinson Cavani have played a major role in establishing PSG as the unrivalled force in French football.

Uncertainty Abounds As Football's Transfer Industry Grinds To A Halt

Players like Manchester City's David Silva, Willian at Chelsea, or PSG's Thiago Silva and Edinson Cavani, will be free to leave on July 1 even if the season has not been completed.

Brazil are going through their paces in Sochi ahead of their Group E engagements.

Thiago Silva, who captained Brazil in the 2014 World Cup on home soil, was dropped by former Brazil coach Dunga after a quarter-final elimination by Paraguay in the 2015 Copa America

Goals in each half from Paris Saint-Germain star Thiago Silva and Bundesliga-based striker Roberto Firmino clinched a win which ensured Brazil qualified for the last eight of the Copa America.

Thiago Silva had reportedly said that he had been "upset" to lose the captain's armband to Neymar without any explanation.

Defenders Gil and Dede are reportedly being considered by AC Milan as replacements for veteran Thiago Silva who was sold to Paris St. Germain.

Thiago Silva will miss Ligue 1 games against SC Bastia, Evian and Saint-Etienne and probably Brazil's friendlies in the United States next month against Colombia and Ecuador.

David Luiz put aside Brazil's World Cup debacle to help his new club - Paris St Germain - beat Napoli 2-1 in a friendly. His national captain Thiago Silva though trudged his way out early into the match.

Five Players Who Can Revitalise Brazil

As Brazil look to the future and plan for success at next year's Copa America, the 2016 Olympics in Rio de Janeiro and the 2018 World Cup in Russia, AFP Sport looks at five players who could have a key role to play.

Brazil captain Thiago Silva, who is set to return to the side in Saturday's third-place play-off against the Netherlands in Brasilia, watched on as his team found themselves 5-0 down inside half an hour in the semifinal against Germany after conceding four goals in just six minutes.

FIFA turned down a request from the Brazilian Football Confederation (CBF) to ban Juan Zuniga on Monday because the incident had been seen by the match officials at the time and no action was taken.

FIFA rejected Brazil's plea to rescind Thiago Silva's suspension and a statement from FIFA's Disciplinary Committee said no action would be taken against Zuniga for his tackle which left Brazil striker Neymar with a tournament-ending back injury.

Brazil have appealed to FIFA to rescind captain Thiago Silva's suspension after he picked up a yellow card in the quarters clash vs Colombia. Argentina, meanwhile, look for a replacement for Angel Di Maria who was injured in the last eight match vs Belgium.

The Brazilian Football Confederation said it was urging FIFA's disciplinary commission "to annul the yellow card unjustly shown" to Silva in their quarter-final win over Colombia.

Neymar, David Luiz and Thiago Silva had shed tears as the team prepared for the shootout against Chile, which Brazil won 3-2.