Mauricio Pochettino believes winning is the only way to keep Spurs fans happy while waiting to move into the club's new stadium. 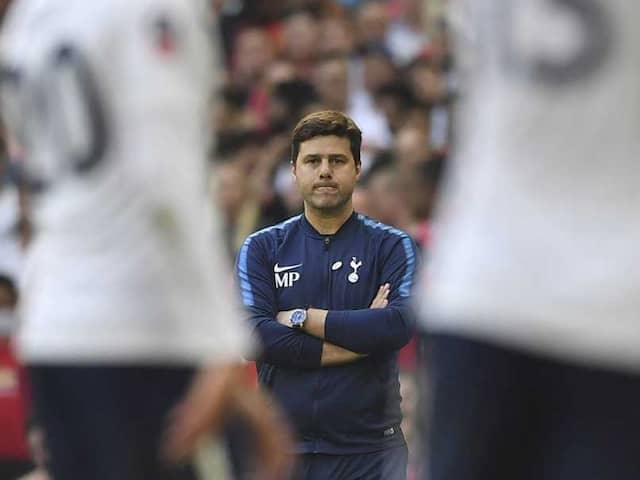 Mauricio Pochettino believes winning is the only way to keep Spurs fans happy while waiting to move into the club's new stadium. Tottenham face a logistical nightmare after delaying their move to the 62,000 capacity ground until at least October due to "issues with the critical safety systems". Pochettino's men were already due to face Fulham at Wembley on Saturday, but will now also host Liverpool and Cardiff at the home of English football, where they played all of their home games last season. "We all feel disappointed of course with the announcement from the club this week," said Pochettino.

"I feel so sorry for myself first of all, for our fans, the players, everyone, and of course for our chairman."

Spurs chairman Daniel Levy had already been under fire from supporters groups for failing to make a single signing during the transfer window despite a significant rise in season ticket prices.

A refund has been offered to fans for the Liverpool and Cardiff matches, but Pochettino understands the fans' frustration.

"We need to be all together. Of course, I understand the problems about the tickets, the money, and everything, and I feel sorry for them," said the Argentine.

"I want to say thank you and apologise. We're going to try to reward them by winning games.

"It's the only way we can pay all the effort they are doing and they are going to do for the club."

However, contingency plans need to be put in place in case of further delays with Wembley already set to host an NFL game between the Super Bowl champions Philadelphia Eagles and Jacksonville Jaguars on that day.

Pochettino isn't keen on finding another temporary home even if it means playing on a damaged pitch just 24 hours after an NFL game.

"If you ask me today if it's not possible to play in the new stadium, of course, it's about finding a way to play at Wembley because I think to play at another place, maybe three stadiums in one season, will be too much," said Pochettino.

"The day after the NFL game maybe the pitch is not in the best condition, but we need to make the effort and try to play in the end because maybe to find another date will be difficult."

Despite the lack of new faces in Pochettino's squad, Spurs are set to let winger Georges-Kevin N'Koudou join Bundesliga side Mainz on a season-long loan.

N'Koudou cost Spurs 11 million pounds ($14 million) from Marseille in 2016 but has not made a Premier League start for the club and spent the second half of last season on loan at Burnley.