Tottenham have delayed the move to their new stadium over 'safety issues'. 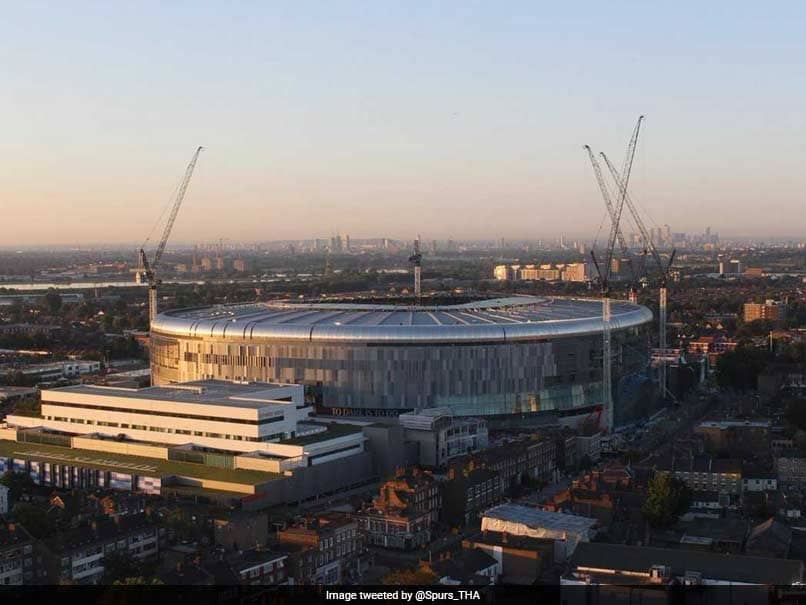 Tottenham Hotspur have apologised to their supporters after the "unavoidable" delay to the opening of their new White Hart Lane stadium. The Premier League club have been forced to postpone the scheduled opening of the rebuilt area next month due to safety issues. Tottenham spent last season playing their home matches at Wembley while White Hart Lane was completely knocked down, with the new arena rising in its place. But the north London club were unable to complete the building work in time for the start of this season, meaning their home opener against Fulham on Saturday will also be staged at Wembley. On Monday, Tottenham revealed problems with "critical safety systems" meant the new stadium would not be able to host Liverpool on September 15, Cardiff on October 6 or the NFL clash between the Seattle Seahawks and the Oakland Raiders eight days later.

They have now released details of refunds and ticketing for fans in a further statement on Tuesday, which included an apology.

"Delays are common, certainly for builds of this size and complexity, however, we are hugely frustrated that this has occurred with these systems at such a late stage," Spurs said in a statement.

"Whilst we would have been able to mitigate other areas, we simply cannot compromise safety. This decision was unavoidable.

"We should like to apologise to supporters for this delay. We are acutely aware of the disappointment this may cause supporters and shall now look to ensure that we minimise any inconvenience."

A safety licence must be granted before matches can be staged at the ground and that will not happen before test events -- originally slated for August 27 and September 1 and now postponed -- take place.

No timeline is in place, leaving an element of uncertainty over when the problems will be rectified and questions over when the club will begin life at the new 62,000-seater venue.

Spurs on Tuesday insisted, contrary to reports, the option to have Wembley as a contingency plan had been arranged in late 2017.

"The option was in fact exercised at the end of last year - and not in response to this issue - as a sensible back-up given the nature of construction and the possibility of exactly such an issue arising," the club added.

In Monday's statement, which followed a board meeting becoming public, Spurs chairman Daniel Levy asked for supporters to remain patient.

"We know this will be disappointing for all our season tickets holders, premium members and our fans worldwide," he said.

Tottenham Hotspur English Premier League Football
Get the latest updates on IPL 2020, check out the IPL Schedule for 2020 and Indian Premier League (IPL) Cricket live score . Like us on Facebook or follow us on Twitter for more sports updates. You can also download the NDTV Cricket app for Android or iOS.