Chelsea vs Liverpool: Liverpool Down Chelsea To Extend Perfect Start In Premier League

Chelsea vs Liverpool: N'Golo Kante's fine goal was not enough to give Chelsea tangible reward for a vibrant second half. 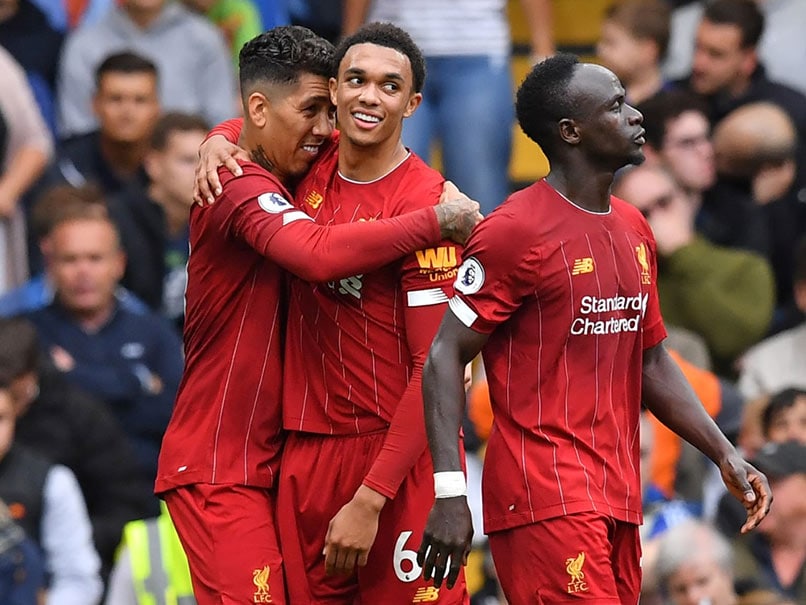 Trent Alexander-Arnold's thunderous strike inspired Liverpool's 2-1 win against Chelsea as the Premier League leaders moved five points clear at the top on Sunday. Jurgen Klopp's side extended their perfect start to the title race as they became the first club to win their opening six games in consecutive top-flight seasons. Alexander-Arnold's blistering free-kick opened the scoring at Stamford Bridge. Roberto Firmino increased Liverpool's advantage before the interval and N'Golo Kante's fine goal was not enough to give Chelsea tangible reward for a vibrant second half.

After Manchester City thrashed Watford 8-0 on Saturday, this was the ideal response from Liverpool as they bid to win the title for the first time since 1990.

Pipped to the trophy by City on the final day of last season,Liverpoolare playing with a burning desire to end their rivals' two-year reign as champions.

In contrast to the Champions League holders' scrappy midweek defeat at Napoli, this disciplined display showed the Premier League is Liverpool's top priority this term.

They are on a club-record run of 15 successive league wins and have lost just once in 45 top-flight matches, going unbeaten in the last 23.