Che Adams scored one of the goals of the Premier League season as Southampton stunned Manchester City. 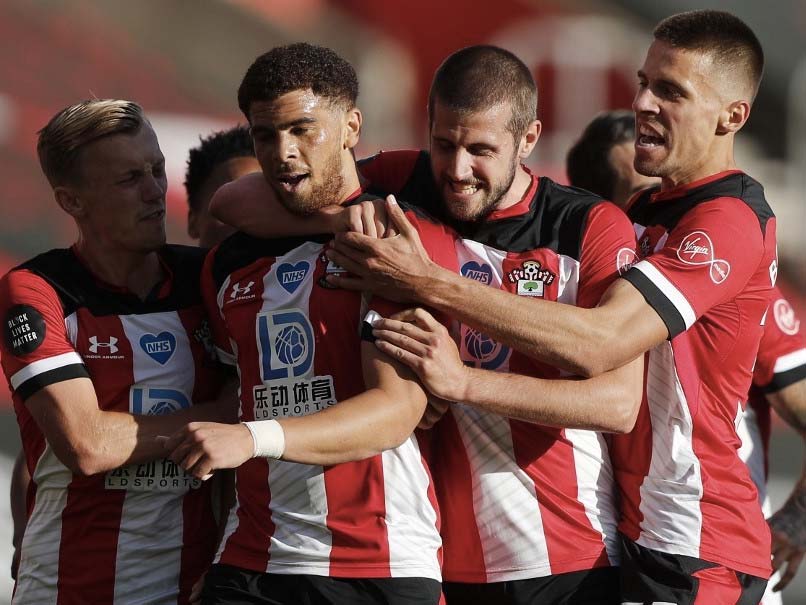 Manchester City thumped newly-crowned champions Liverpool 4-0 in their previous Premier League outing but were brought crashing back to earth by Southampton on Sunday night. Pep Guardiola's team suffered a 1-0 loss to Southampton at the St. Mary's Stadium thanks to an incredible long-range strike from Che Adams in the 15th minute of the game -- his first goal for the Saints since his 15 million pounds ($18.7 million) move from Birmingham a year ago. Manchester City goalkeeper Ederson was left stranded as Che Adams produced a stunning first-time lob from 40 yards out to give the hosts the lead.

Che Adams moved to Southampton from Birmingham City last summer, but has endured a torrid time in front of goal. However, he produced a wonder strike on his 30th appearance for Southampton and what a way it was to break his duck.

The awareness
The swerve
The audacity

"Obviously I'm buzzing. All the lads have helped me along the way. Everyone kept faith in me, including the fans, the staff, all the players, so I'm delighted," Adams said in a video posted on Southampton's official Twitter handle.

"It was instinctive like you said but we know Man City are a high (pressing) team, they like to keep high on the goalkeeper so when the opportunity came, I just took it," he added.

Our face when @CheAdams_ scored from there:

The striker reflects on the goal that secured maximum points against #ManCity:

Man City laid siege to Southampton's goal but despite the utter domination (74 per cent possession and 26 shots at goal), they couldn't find the back of the net and fell to their ninth defeat in the Premier League this season.

"We played really well, but it was a little bit the résumé of this season. We make one mistake, they punish us," said Guardiola.

"We need to improve because it happened many times this season."

Manchester City Birmingham City English Premier League Football
Get the latest updates on Fifa Worldcup 2022 and check out  Fifa World Cup Schedule, Stats and Live Cricket Score. Like us on Facebook or follow us on Twitter for more sports updates. You can also download the NDTV Cricket app for Android or iOS.