In the shared video, Virat Kohli can be seen walking down stairs to enter the ground. He scored 16 runs off 25 balls before losing his wicket to David Willey. 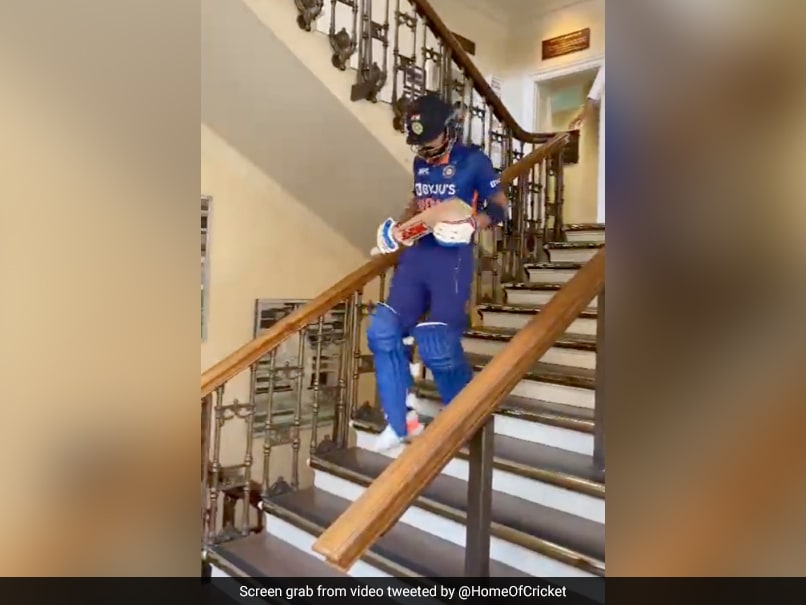 Virat Kohli walking out to bat against England in the second ODI on Thursday.© Twitter

Team India on Thursday lost the second ODI of the three-match series to England by 100 runs at Lord's in London. It was a collective bating failure for the visitors but the form of Virat Kohli once again became the talk of the town. The right-handed batter scored 16 runs off 25 balls before losing his wicket to David Willey at a crucial juncture in the game. Kohli had come out to bat in the third over as Reece Topley had provided England an early breakthrough by dismissing Rohit Shama for a 10-ball duck.

Lord's Cricket Ground shared the video of Kohli walking out to bat. In the shared clip, Kohli can be seen walking down stairs to enter the ground.

After questions were raised about Kohli form post India's loss to England in the second ODI, team skipper Rohit Sharma once again defended the player and asked why the topic is being discussed so much.

Regarding the chatter about Kohli's form, Rohit said: "Charcha kyu ho rahi hai (Why is the chatter going on?). I do not get it. He has played so many matches. He is playing from so many years. He is such a great batter so he does not need reassurance. I talked about this in my last press conference too, form goes up and down, that is part and parcel of any cricketer's career. So, a player like him, who has played for so many years, who has made so many runs, who has won so many matches, for him, he only needs one or two good innings (to bounce back)."

In the second ODI match, England posted 246 all out after being invited to bat first. Yuzvendra Chahal's 4/47 played a crucial role in helping India restrict the hosts to the total.

However, Indian batters failed to chase down the target and the side lost the match by 100 runs. Reece Topley bagged the Player of the Match award for figures of 6/24.

Rohit Sharma
Get the latest updates on Fifa Worldcup 2022 and check out  Fifa World Cup Schedule, Stats and Live Cricket Score. Like us on Facebook or follow us on Twitter for more sports updates. You can also download the NDTV Cricket app for Android or iOS.