Former England captain Kevin Pietersen put out a heartwarming message for Virat Kohli, asking him to enjoy life as there is way more than just the bubble of cricket 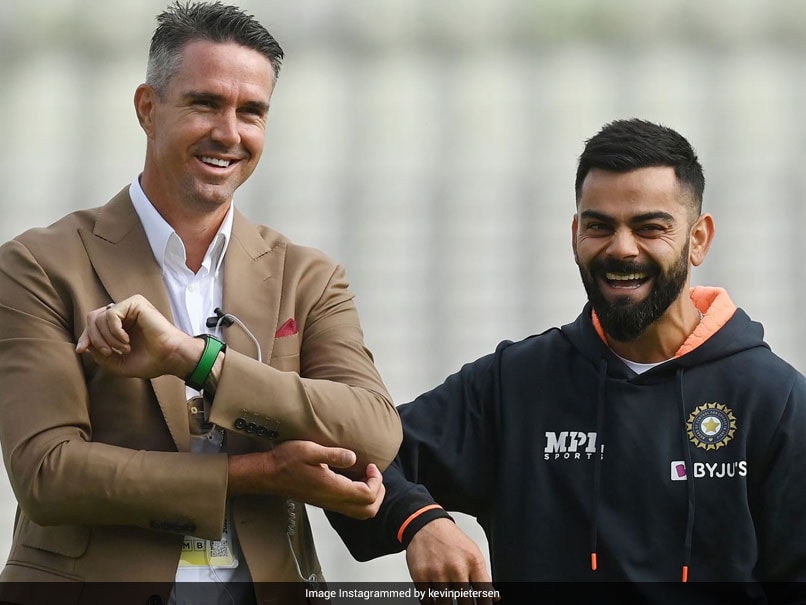 Pietersen put out a heartfelt message for Kohli© Twitter

Virat Kohli is one of the most talked about cricketers, and off late, his slump in form has become the talk of the town. The right-handed batter had last scored an international ton in 2019 and since then, the three-figure mark has kept on evading him. Off late, there has been a huge support for Kohli, coming from all parts of the world, and in a latest, former England captain Kevin Pietersen on Saturday asked Kohli to be proud and walk tall.

Pietersen posted a photo with Kohli on Instagram and captioned the post as: "Buddy, your career has had some of the best that have played the game only wish they could have done what you have(so far). Be proud, walk tall & enjoy life. There's way more than just the bubble of cricket out there. You'll be back, @virat.kohli."

Earlier, Pakistan captain Babar Azam had also put out a tweet after Kohli got dismissed for 16 in the second ODI. Babar's tweet read: "This too shall pass".

On the eve of the first Test against Sri Lanka, Babar had addressed a press conference and he was asked about his tweet on Kohli. "As a player myself, I know you can go through such a phase (out of form) and I also know what a player goes through in such a phase. In those times, you need support. I just tweeted thinking that it will give just some support. He is one of the best players," Babar said during a press conference.

"He is playing a lot of cricket, and he knows how to come out of these situations. It takes time, if you back players, it will be really good," he added.

Kohli's last international ton had come in 2019 and after that, the three-figure mark has eluded him. The batter had failed to get going in the Edgbaston Test and then the two T20Is against England.

Kohli will not be a part of India's squad for the upcoming ODI and T20I series against West Indies, beginning July 22. News agency PTI had reported that Kohli has been rested for the series.

Virat Kohli Cricket England vs India, 2022
Get the latest updates on India vs South Africa and check out  Schedule, Results and Live Score. Like us on Facebook or follow us on Twitter for more sports updates. You can also download the NDTV Cricket app for Android or iOS.