England vs India: With Shubman Gill ruled out and Ajinkya Rahane picking up a hamstring injury, Prithvi Shaw and Suryakumar Yadav are set to fly to the UK to join India's Test squad. 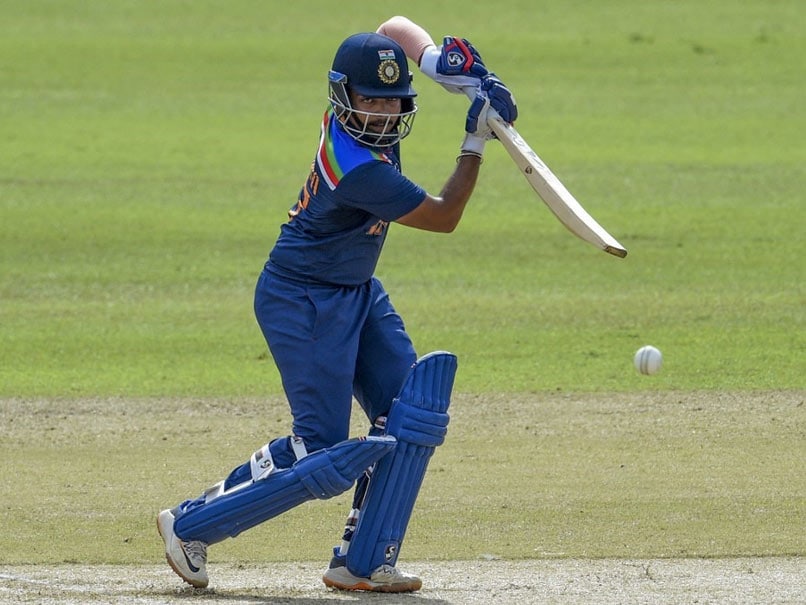 ENG vs IND: Prithvi Shaw has reportedly earned a Test recall after a fine run of form.© AFP

Suryakumar Yadav has received his maiden Test team call-up and he along with opener Prithvi Shaw will be flying to England as replacements sought by the team management after three players were ruled out due to injury. Shubman Gill, Washington Sundar and Avesh Khan have been forced out from the ongoing tour. The Test series is due to start on August 4. While Shubman was ruled out due to shin splints suffered during the World Test Championship final against New Zealand, Avesh dislocated a thumb during the warm-up game against County XI. Washington aggravated his finger injury.

Off-spinner Jayant Yadav was also supposed to go to UK as Washington's replacement but it has been learnt that as of now only Suryakumar and Prithvi are being sent.

"Yes, Prithvi and Surya are flying to UK from Sri Lanka. Jayant was also supposed to go but there has been some change in plans due to quarantine requirements. Jayant is now not going. Both players will have a bubble to bubble transfer from Colombo to London. Whether they will fly in the middle of the T20 Internationals (Shaw and and Suryakumar are part of team in Sri Lanka) or post that is being worked out," the senior official told PTI.

"But yes, they are our replacement players for Test series in England. They might just leave after the three T20 Internationals but we will get confirmation in another three days."

It is understood that Shaw's form has impressed the team management and Mayank Agarwal's current rhythm isn't the greatest.

However, with quarantine rules in place, it is not clear if Suryakumar and Shaw can make it in time for the first Test after completing their hard quarantine.

As far as Jayant is concerned, he was considered for his superior batting abilities as he has a Test hundred. He was also looked upon as a steady net bowler unless Ravichandran Ashwin or Ravindra Jadeja suffer from any injury in the long series. But the plan has been shelved for now.

Suryakumar's assertive batting could be used during some point in the series as Ajinkya Rahane's hamstring injury will keep the team concerned.

"In any case, if Ajinkya misses the first Test, it will be KL Rahul who will bat in the middle-order in Nottingham. The team management is still confident that Ajinkya might be alright before the Nottingham Test."

However no pacer is being sent right now as already there are seven speedsters in UK for match and net sessions.

Ajinkya Rahane Shubman Gill Washington Sundar Jayant Yadav Cricket
Get the latest updates on ICC T20 Worldcup 2022, check out the Schedule and Live Score. Like us on Facebook or follow us on Twitter for more sports updates. You can also download the NDTV Cricket app for Android or iOS.