England and India on Wednesday were fined 40 per cent of their match fees and penalised two ICC World Test Championship points each for maintaining slow over-rates in the first Test in Nottingham. 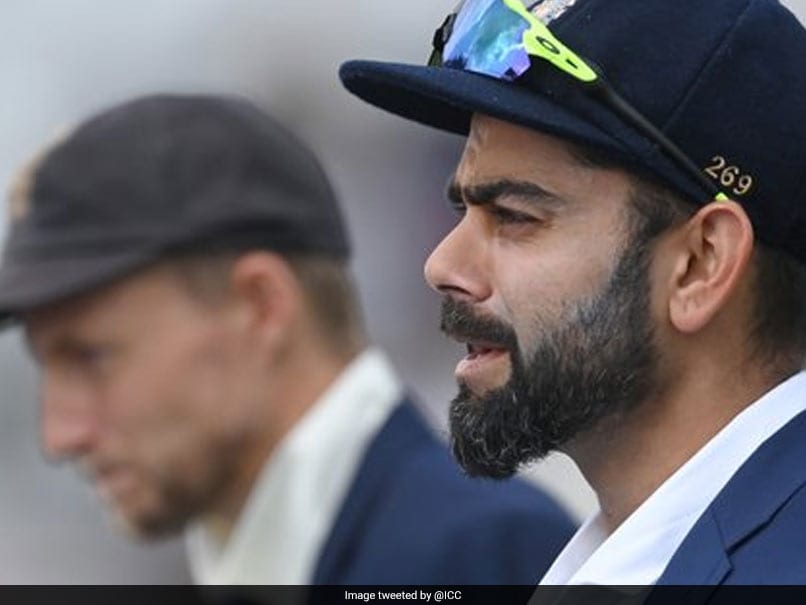 India and England were fined 40 per cent of their match fees and penalised two WTC points.© ICC/Twitter

England and India have both lost two World Test Championship points and each been fined 40 percent of their match fees for maintaining a slow over-rate in the series opener at Nottingham, the International Cricket Council announced on Wednesday. ICC match referee Chris Broad, the former Test batsman and father of England paceman Stuart Broad, imposed the sanction after both sides were ruled to be two overs short of their targets after time allowances were taken into consideration. A rain-marred fixtures at Trent Bridge ended in a draw after the whole of Sunday's last day was washed out, with the second Test of a five-match series starting at Lord's on Thursday.

Under ICC regulations, players are fined 20 percent of their match fees for every over their side fails to bowl in the allotted time, with teams penalised one Test Championship point for each over short.

England captain Joe Root and India counterpart Virat Kohli pleaded guilty and accepted the proposed sanctions, meaning there was no need for formal hearings following charges levelled by the umpires.

The points deductions could yet have a bearing on whether England or India qualify for the second World Test Championship final at the finish of the 2021-23 cycle of matches.

Australia missed out on a place in this year's inaugural final partly as a result of being docked points for a slow over-rate during the 2020 Boxing Day Test, which, after a 2-1 series loss to India, pushed New Zealand into second place in the table.

"It wasn't until after the game that we realised our over rate was down. Now, that's really slack on our behalf," said Australia coach Justin Langer in March.

"At the time, we probably thought it's not that big a deal -- the players get fined -- but that cost us the World Test Championship (final)."

New Zealand became the first World Test champions after defeating India in the final at Southampton in June.