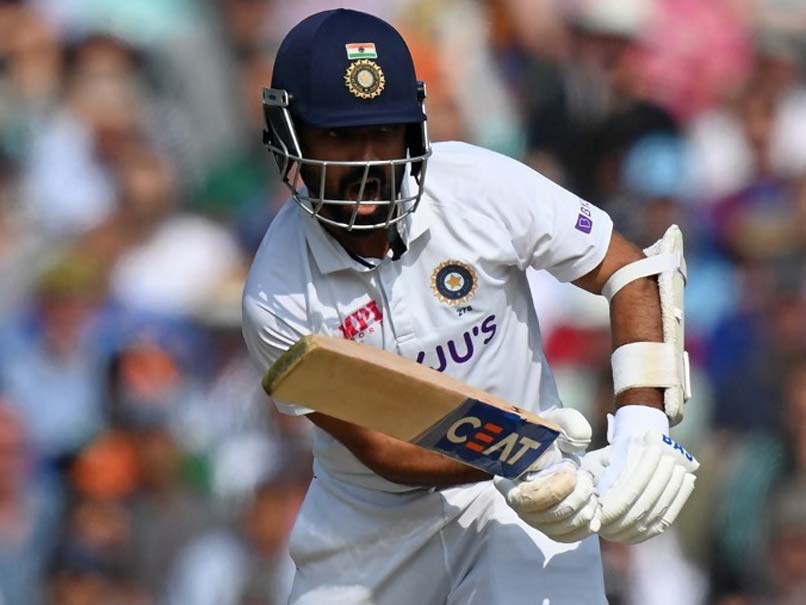 Ajinkya Rahane has scored just 109 runs so far in the ongoing Test series against England.© AFP

India batting coach Vikram Rathour has backed struggling Ajinkya Rahane to come good, saying the time has not come yet to start worrying about his form. The Indian middle order, especially vice-captain Rahane, has not lived up to expectations, but Rathour said there is no reason to worry. "...when you are playing cricket for such a long time, you will have phases, where you will not get runs, and that is the time as a team we need to back them and support them as much as we can," he said during a virtual press conference on Sunday.

"We saw with Pujara also, him getting more opportunities and he has come back and played couple of very important innings for us.

"So, we are hoping that Ajinkya will get back into form and he will still play a major role in the Indian team's batting so, I don't think we have arrived at that point where it should become a concern."

Asked whether Rahane was facing technical issues or it was a mental block, Rathour said, "When you are playing such an important series like this one and when you are playing in conditions which are tough for batting, we are playing against such a disciplined bowling attack which is bowling well, as a batting unit, technique is the last thing we should be thinking."

Rathour said the team was a bit distracted going into day four of the fourth Test after head coach Ravi Shastri tested positive for COVID-19.

"Of course, we are missing them massively. Ravi Bhai, B Arun and R Shridar, they have been extremely important part of this set up and they have done extremely well in the last five-six years and played a major role in the team doing well," Rathour said.

India were on top after scoring 466 in the second innings, courtesy a fine hundred by Rohit Sharma and equally important knocks by Cheteshwar Pujara, Shardul Thakur and Rishabh Pant.

"But this is what it is. That's the fact that they are not here. So, it was in the morning, I think, a bit of a distraction, we had a word, we spoke, and decided
that we need to focus on what is in hand, which is cricket," said Rathour.

"There was a potential that we can be distracted from the situation that happened last night, but a lot of credit goes to the boys, the way they handled themselves and the way we played as a team."

The batting coach said that Shastri felt a bit of discomfort on Saturday after which the test was conducted.

"...it was last night around 8 in the night. He was having little bit of discomfort yesterday, so the medical team decided to go for a lateral-pro test and it came back positive and that is when we heard that he is positive.

"I think, the close contacts were identified and isolated, so we will wait for the medical team on when they can join back," he added.

Ajinkya Rahane Vikram Rathore England vs India, 2021 Cricket
Get the latest updates on Fifa Worldcup 2022 and check out  Fifa World Cup Schedule, Stats and Live Cricket Score. Like us on Facebook or follow us on Twitter for more sports updates. You can also download the NDTV Cricket app for Android or iOS.