England vs India: Chris Woakes said that the Oval pitch was good enough to chase down the target set by India and backed England to complete a "great, great chase". 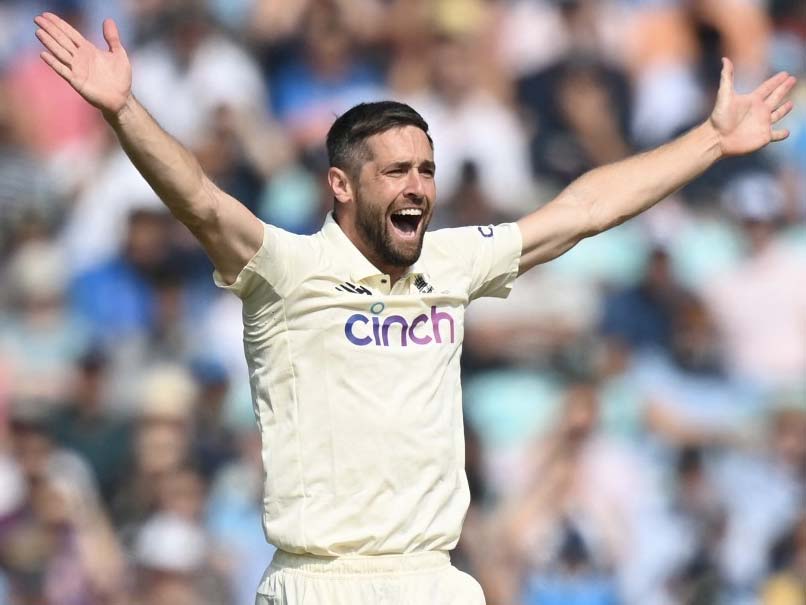 England all-rounder Chris Woakes believes that the Oval pitch is still good enough to bat and reckons that his side is in with a chance to chase down 291 runs on the final day of the ongoing fourth Test against India. England have been set a target of 368 in the fourth Test of the five-match series and the hosts have all ten wickets in hand heading into the final day of an absorbing Test match. "We felt like it was a good enough wicket to be able to chase any score. To go all the way and chase down that score would be an incredible effort," said Woakes during a virtual press conference.

"It would be a great, great chase. But our openers have done a great job and put us in a good position to start on the final day. To get another 291 on a day-five pitch always sounds like a tough task but we've got to keep reminding ourselves that this pitch is still good for batting and we can do it if we bat well all the way down," he said.

"We just have to tick it off slowly. We won't get too far ahead of ourselves. I hear that it'll be a full house here at The Oval, so the atmosphere will be great. And that's where you want to be as a player. I watched the first three Tests of this series at home and was desperate to be a part of it, so I'm absolutely buzzing to be here and hopefully, we have an opportunity to win," he added.

Further talking about the chase, the seamer who took three wickets in the second innings, said: "You know every chase is different. You need guys to get themselves in and create big partnerships and that puts pressure on the opposition from a bowling point of view. We've been in this position many times as a side and when you're bowling, you're under pressure to take wickets. Each run is chipping away at the opposition. The longer you can get guys batting together and create a partnership that makes it more difficult for the opposition."

"This team has done some special things over the last few years in different formats. These are the times you want to be part of it. We're trying to do something special. It's a great place to be. There's a lot of hard work still to be done but you can draw on those experiences. You can look back on what we've done in the past and what we're capable of as a team. A lot of time it's just about believing you've got the ability to do that and then going out and executing it. Everyone will be in agreement with the fact that we can go on and get the runs; there'll be no doubt about that," he added.

Earlier, Rohit Sharma, Cheteshwar Pujara, Rishabh Pant, and Shardul Thakur all registered scores of more than 50 as India set a target of 368 for England on Day 4 of the ongoing fourth Test here at the Kennington Oval on Sunday. Umesh Yadav and Jasprit Bumrah also played cameos of 25 and 24 as India posted a score of 466 in the second innings, extending the lead to 367. For England, Woakes returned with three wickets.

Chris Woakes Cricket
Get the latest updates on ICC T20 Worldcup 2022, check out the Schedule and Live Score. Like us on Facebook or follow us on Twitter for more sports updates. You can also download the NDTV Cricket app for Android or iOS.