England vs India Highlights: India won a thriller at Lord's by 151 runs to take a 1-0 lead in the five-match Test series. 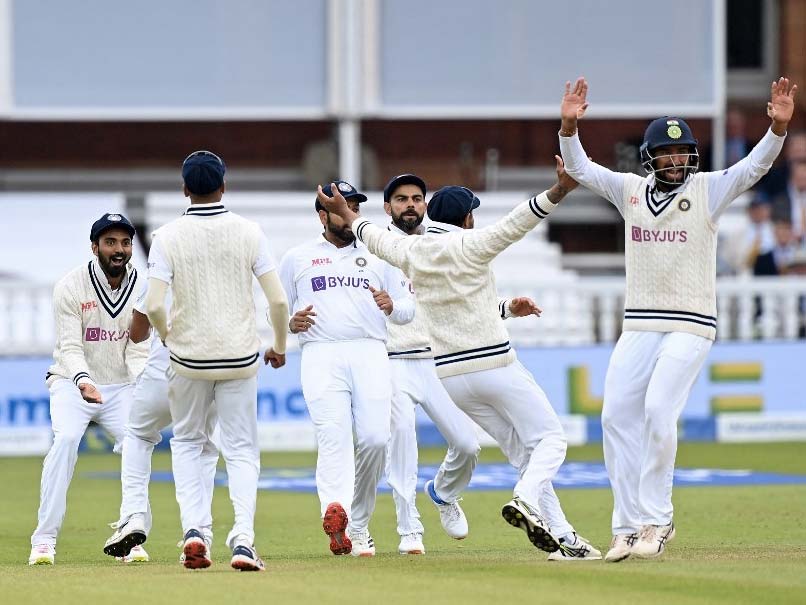 Mohammed Siraj took the last two wickets to hand India a historic win at Lord's by 151 runs which helped the visitors take a 1-0 lead in the five-match Test series, with three Tests still to be played. While the day began with England feeling confident - especially after the early wicket of Rishabh Pant - India's pacers turned the game around, with both bat and ball. Mohammed Shami and Jasprit Bumrah's unbeaten 89-run stand saw India set a target of 272 runs, before they both struck in the first two overs of England's innings to remove openers Rory Burns and Dom Sibley. Haseeb Hameed was soon to follow and Jonny Bairstow also fell before Tea. Bumrah came back to send back the in-form Joe Root, but then Jos Buttler began the resistance with Moeen Ali. Mohammed Siraj then got Ali and Sam Curran in consecutive deliveries to tilt the match in India's favour, but Buttler and Ollie Robinson continued to deny India, and almost rescued the match for the hosts.

However, it was Bumrah again who got the breakthrough, as he outfoxed Robinson with a peach of a slower delivery. Siraj then got Buttler in the next over, and two deliveries later, wrapped up the win with James Anderson's wicket.

Mark Wood England vs India, 2nd Test Cricket England vs India, 2021 Live Score Live Cricket Score Live Blogs
Get the latest updates on ICC Women's Cricket World Cup 2022 and IPL 2022, check out the Schedule , Live Score and IPL Points Table. Like us on Facebook or follow us on Twitter for more sports updates. You can also download the NDTV Cricket app for Android or iOS.