"Lack of swing from the duke ball surprised us," said England assistant coach Paul Collingwood as India took control of the Oval Test. 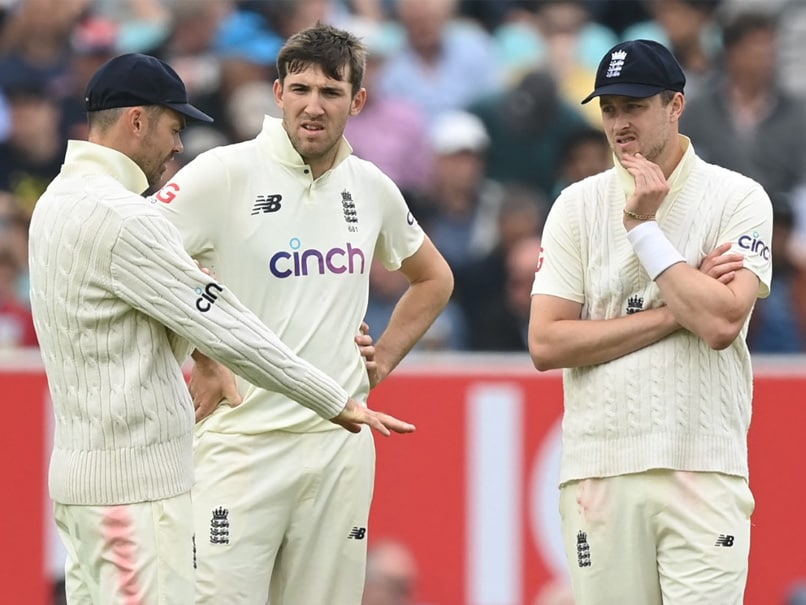 "Lack of swing from the duke ball surprised us," said England assistant coach Paul Collingwood as India put themselves in the driver's seat after day three of the fourth and penultimate Test at the Oval on Saturday. The match saw 13 wickets falling on day one with India getting all out for 191, but the conditions seemed to have improved for batting thereafter as England bowlers capped a frustrating day, managing just three wickets on Saturday. "I thought we were very disciplined and stuck to task all day. But one thing that surprised us was the lack of swing from the duke ball," the former England captain told reporters in a virtual interaction after the day's proceedings.

"We all know once there's some movement in the air, and the wicket with some carry it would trouble the Indian batsmen. So we were pretty surprised and could not get the swing. We tried everything with it, changing the shining side but could not get movement," he rued.

Rohit Sharma slammed his first Test hundred outside India -- a watchful 127 off 256 balls -- as India ended the day at 270 for 3, a lead of 171 runs when bad light stopped the proceedings at The Oval.

After an 83-run opening stand with KL Rahul (46), Rohit stitched 153 runs for the second wicket with Cheteshwar Pujara (61).

England found some solace with the second new ball as Ollie Robinson (2/67) removed both Rohit and Pujara in one over before Virat Kohli (22 batting) and Ravindra Jadeja (nine batting) saw the day through.

Backing his bowlers, Collingwood said: "I thought we asked questions all day. But a lot of credit goes to the Indian batsmen with Rohit at the top of the order. We had to wait for the breakthrough, thankfully we got it with the help of the second new ball."

Talking about Rohit's innings, he said: "He's got a very good technique. He has played really well so far in the series. We have found in the past he's quite an attacking batsmen. But he has been very watchful in the series. It was hard to create any chances in the series. You got to give him a lot of credit." Collingwood, however, remained hopeful of capitalising their chances and said they would not be scared of any total. "We have seen throughout the Test series, momentum shifted very quickly. If we can get some movement, we can exploit the conditions and put the middle and tail order under pressure. "The conditions looked good for batting so we should not be scared of whatever total they set. Hope we have a good day tomorrow," he said. England defeated India by innings and 76 runs at Headingley in the third Test to level the five-match series 1-1. The final Test will be played at the Old Trafford from September 10.

England Cricket Team Paul Collingwood Cricket
Get the latest updates on ICC T20 Worldcup 2022 and CWG 2022 check out the Schedule, Live Score and Medals Tally. Like us on Facebook or follow us on Twitter for more sports updates. You can also download the NDTV Cricket app for Android or iOS.