Ravindra Jadeja along with debutant Hanuma Vihari (56), stitched a crucial partnership for the seventh wicket. 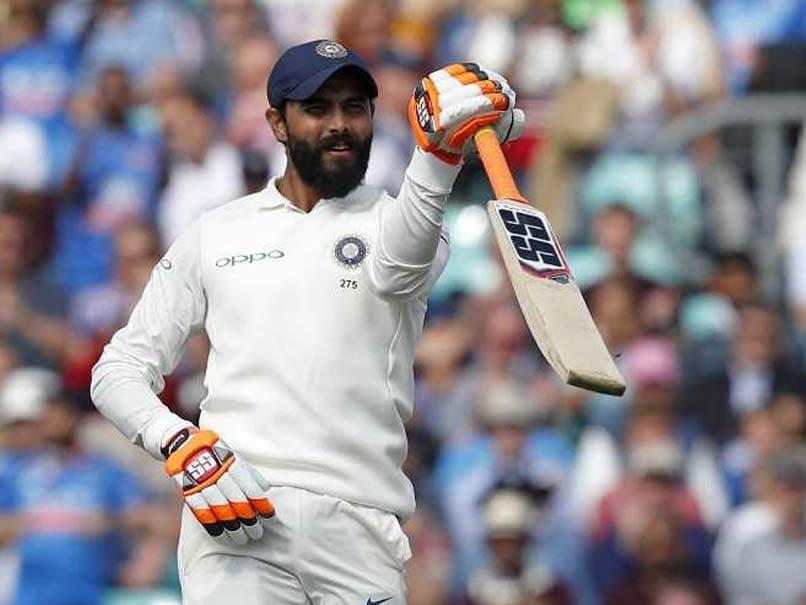 Ravindra Jadeja scored a brilliant half-century (86*) against England in the ongoing fifth and final Test on Sunday. Jadeja stood tall in India's pursuit to posting a decent first inning total of 292. Jadeja's inning was laced with 11 fours and one six. When India were reeling at 160/6, Jadeja along with debutant Hanuma Vihari (56) braved the English pace attack and ensured India got closer to England's first innings score of 332. Both the batsmen stitched together a partnership of 77 runs. Hanuma, courtesy his Test maiden fifty, became the fourth Indian to register a fifty-plus score in a Test debut innings in England. Rusi Modi (57* in 1946), Sourav Ganguly (131 in 1996) and Rahul Dravid (95 in 1996) are the other three Indians in the fray.

Well done @imjadeja should have played earlier in the series things could have been different.. 4 wickets and a brilliant 50.. keep going pal

Love the way @imjadeja plays the game ... Somehow India have to find a way to play him all the time ... Great skills ... #ENGvIND

A good comeback game for @imjadeja here. Tight with the ball and bat. Also, impressed by how Hanuma Vihari applied himself at the crease. Well deserved 50. #ENGvIND

Sir Jadeja is the highest wicket taker and the highest run scorer for India in this game so far. #EngvInd

India's top order yet again collapsed as the England pacers got the better off the visitors. England had won the toss and opted to bat first. Alastair Cook (71), Moeen Ali (50) and Jos Buttler (89) played well to help the hosts reach 332. Jadeja also produced a sterling bowling show taking four wickets. Jadeja's victims were Keaton Jennings (23), Ben Stokes (11), Stuart Broad (38) and Buttler (89). Cook, who is playing his final Test, was looking in top form and was en route a century but Jasprit Bumrah cleaned him up in the 64th over. Cook will still have the chance to hit a century in his final Test.

India are currently trailing England 1-3 in the five-match Test series and will hope to win the final match to restore some pride.

Ravindra Jadeja England vs India, 2018 Cricket
Get the latest updates on IPL 2021, check out the IPL 2021 Schedule and Indian Premier League Live Score . Like us on Facebook or follow us on Twitter for more sports updates. You can also download the NDTV Cricket app for Android or iOS.