India vs England: Jos Buttler Reveals His Mantra For Batting In Test Cricket

Jos Buttler scored a brilliant 89 on Day 2 of the fifth Test against India at The Oval that rescued England from 198 for 7 and helped the hosts post 332 in their first innings. 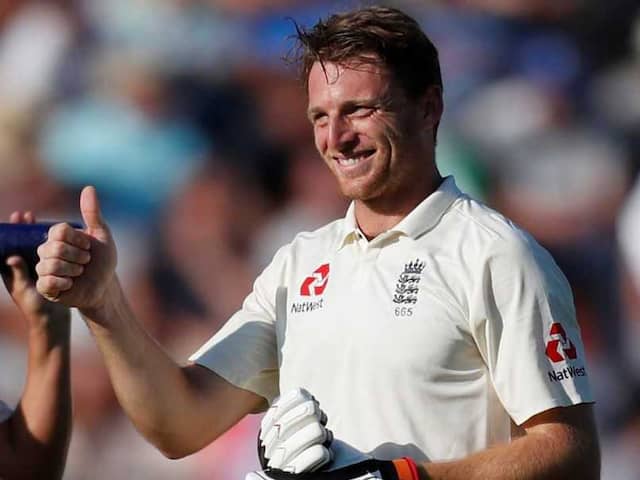 Jos Buttler scored a brilliant 89 on Day 2 of the fifth Test.© Reuters

Jos Buttler scored a brilliant 89 on Day 2 of the fifth and final Test against India at The Oval in London that rescued England from 198 for 7 and helped the hosts post 332 in their first innings. Jos Buttler has been a solid performer in the series, scoring 349 runs at an average of 43.62, including one century and two half-centuries. After another brilliant show, Jos Buttler revealed his mantra for batting in Test cricket.

"You just try to sum up the situation and play accordingly," Buttler was quoted as saying by www.icc-cricket.com.

Since the England wicket-keeper batsman made his Test comeback against Pakistan at Lord's in May earlier this year, he has scored 510 runs at an average of 51. The comeback man has scored one century and four fifties this year.

Buttler said that he doesn't mind batting with the tail.

"Batting where I do, when you start batting with the tail, I feel quite comfortable going into that mode (starting slow and then shifting gears)," he said.

In limited-overs format, Buttler has been seen in a more aggressive approach. However, Buttler said he had moulded his game to suit the needs of the longest format.

"People have said to me, 'oh you should play the way you do in white-ball cricket in red-ball cricket'. I've never really seen it like that," said Buttler.

"I've never felt comfortable just to go out there and play shots. For any batsman, you're always reviewing your decision ball by ball. It's about being respectful of the situation, and playing it accordingly," the 28-year-old said.

Jos Buttler England vs India, 2018 Cricket
Get the latest Cricket news, check out the India cricket schedule, Cricket live score . Like us on Facebook or follow us on Twitter for more sports updates. You can also download the NDTV Cricket app for Android or iOS.