Shikhar Dhawan will look to get back to scoring ways in the fifth and final Test against England. 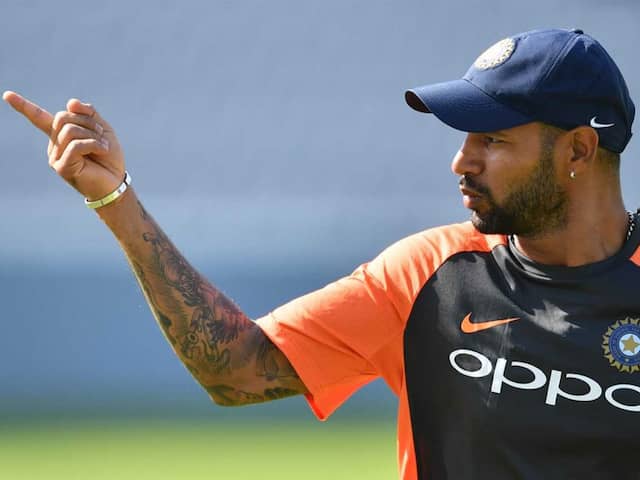 India's opening batsman Shikhar Dhawan on Thursday gave a perfect riposte to team India critics. Several fans were up in arms in criticising the Indian cricket team after Shikhar Dhawan had posted a photo on his official Instagram account. "Crazy boys and non-stop fun @hardikpandya93...With a priceless @rishabpant expression", he had captioned. The photo displayed Dhawan lying down while all-rounder Hardik Pandya was trying to take a cap off Dhawan's head. Rishabh Pant was also visible in the picture, with a 'priceless' expression. However, the post didn't go down well with a section of fans and critics alike who in return began riling the Indian team for their abject performances in England. In reply, Dhawan posted the following message.

"People who have been writing negative stuff. We are also hurt d way u guys are. It is important to learn from our mistakes and move forward. We give our best for d nation evrytime when we walk on the ground and most important thing is as team we should be in good mindset before the next game. We cannot change d past.So we do our hard wrk at ground as alwys nd keep our process strong. After practise important to laugh nd be happy so we create positivity in d team. Thats what champions do.Easy to be happy when winning. Warriors stay positive when things are down too. Thanks to d fans who still supporting us !!", he wrote. 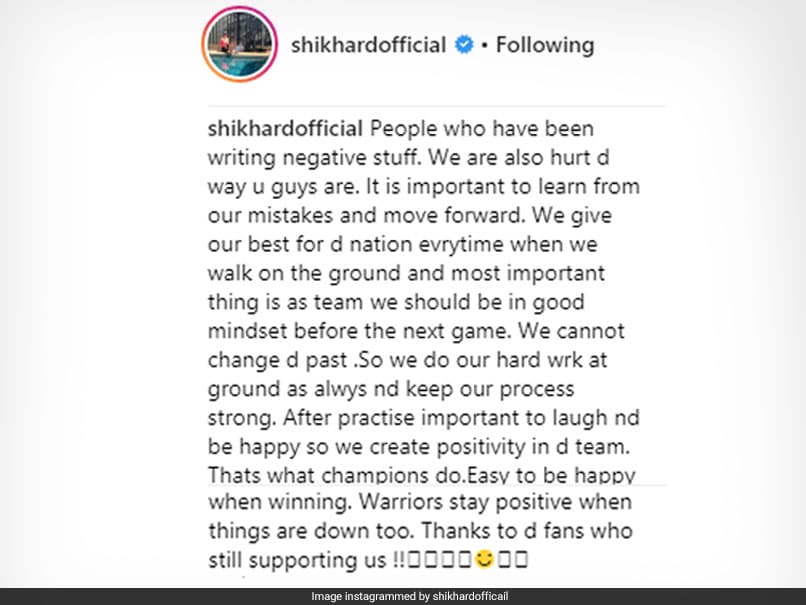 The Indian openers Dhawan and KL Rahul haven't been scoring runs consistently in the ongoing five-match Test series against England.

Dhawan has accumulated 158 runs from three matches while Rahul has scored 113 from four matches. Murali Vijay, who was dropped from the squad for the last two Tests, could manage only 26 runs from two matches.

India are trailing 1-3 the Test series and will hope to salvage some pride when they play the fifth and final Test at the Oval starting on September 7.

Shikhar Dhawan England vs India, 2018 Cricket
Get the latest updates on IPL 2020, check out the IPL Schedule for 2020 and Indian Premier League (IPL) Cricket live score . Like us on Facebook or follow us on Twitter for more sports updates. You can also download the NDTV Cricket app for Android or iOS.