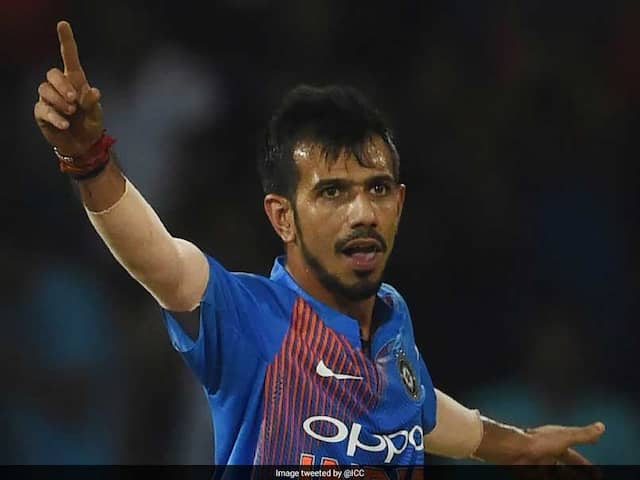 Chahal picked up 9 wickets during India's limited-overs games against Ireland and England.© Twitter

Team India is currently busy with a five-Test assignment in England and Rahul Dravid believes that the time is right for Virat Kohli's unit to try out some limited-overs players, who are yet to make a mark in red-ball cricket. Dravid, the India A and Under-19 coach, has encouraged leg-spinner Yuzvendra Chahal and fast bowler Mohammed Siraj to get more match practice with the red-ball. Chahal, who picked up nine wickets from eight matches during India's limited-overs games against Ireland and England, is widely considered as a potential red-ball player, but Dravid thinks he needs more games under his belt.

"For Chahal, obviously he has had a lot of success in white-ball cricket and for us. I have been seeing him for the past two-and-a-half years, when he first came to Australia. But there he only played in white-ball matches; he wasn't necessarily considered too much a red-ball player as such," Dravid told icc-cricket.com.

"But yeah, a large part of this is to give him opportunity to see how he bowls in red-ball cricket because he hasn't played red-ball cricket. That is what the 'A' team opportunity is about. We are here to supplement and do what is best to make the Indian team stronger.

"We want to be able to create good players for the Indian team and Chahal is someone who they were very keen on seeing how he does in red-ball cricket. There's no doubt he has got the skill, as we can see, but he definitely needs to play a lot more."

Dravid was all praise about Siraj, who picked up 25 wickets in the last three first-class games including a 10-wicket match haul in the South Africa game in Bengaluru and three four-wicket hauls in the UK.

Siraj has claimed just three wickets from as many Twenty20 Internationals at 49.33, but Dravid is not worried.

"He has played only 17 or 18 first-class games so even in his white-ball cricket, I wouldn't judge him so quickly because he hasn't played that much. The more he plays the better he will get."

Yuzvendra Chahal Mohammed Siraj Cricket England vs India, 2018
Get the latest Cricket news, check out the India cricket schedule, Cricket live score . Like us on Facebook or follow us on Twitter for more sports updates. You can also download the NDTV Cricket app for Android or iOS.