Cricket Needs Likes Of MS Dhoni Or Rahul Dravid As Much As Virat Kohli: David Richardson

The International Cricket Council CEO was speaking at the MCC's 2018 Cowdrey Lecture. 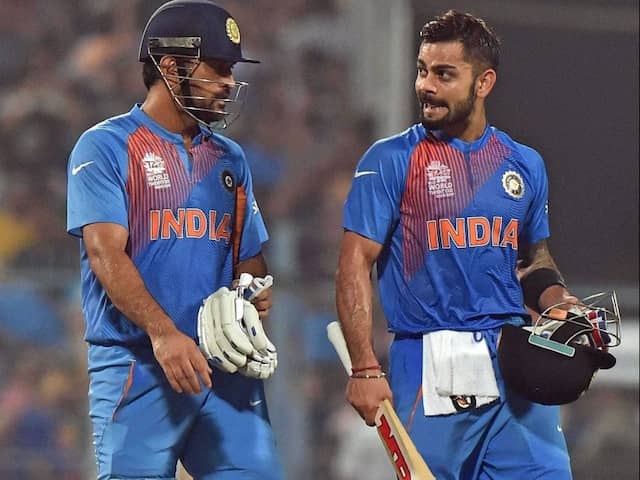 While Kohli keeps aggression in cricket alive, Dhoni balances it out with his composure.© PTI

The International Cricket Council (ICC) Chief Executive Officer (CEO) David Richardson on Tuesday said that the world of cricket not only needs 'larger than life characters' like Virat Kohli and Ben Stokes but 'equally needs' the likes of MS Dhoni and Rahul Dravid so that cricket stays on the good side of that line. Speaking at the MCC's 2018 Cowdrey Lecture, Richardson expressed his concerns about the growing sledging and cheating in international cricket and urged players and coaches to show initiative to curb down the increased activities.

"On the field the cricket needs its larger than life characters. Its Colin Milburns, Freddie Flintoffs, Shane Warnes, Virat Kohlis, Ben Stokes but equally it needs its Frank Worrells, its Mahendra Singh Dhonis, its Rahul Dravids, its Colin Cowdreys to make sure that we all stay in the good side of that line," Richardson said during his lecture.

While the likes of Kohli and Stokes keep the aggression in the game of cricket alive, the likes of Dravids and Dhonis balance it out with their calm and composed demeanour.

However, the former cricketer agreed that ICC "do not have all the answers to the challenges" it faces but is "working collectively to solve them".

"Personal abuse, fielders giving send-offs to batsmen who have been dismissed, unnecessary physical contact, players threatening not to play in protest against an umpire's decision and ball tampering; this isn't the version of our sport that we want to project to the world," Richardson said.

Richardson also found it hard to believe that players are not aware as to what amounts to ball tampering, terming it "disingenuous".

"Over the last few months, I have read comments from players requesting guidance on what is allowed in relation to the ball. Asking if they can chew gum, wear sun screen or drink a sugary drink.

"The laws are simple and straightforward - do not change the condition of the ball using an artificial substance and if you are caught, don't complain. Saying others do it is not a defence. You are cheating."

The prestigious Cowdrey Lecture has been delivered in the past by stars such as Dravid and Kumar Sangakkara and mostly focusses on the burning issues of the game.

Rahul Dravid England vs India, 2018 Cricket
Get the latest Cricket news, check out the India cricket schedule, Cricket live score . Like us on Facebook or follow us on Twitter for more sports updates. You can also download the NDTV Cricket app for Android or iOS.