Kohli's magnificent 149 in India's first innings at Edgbaston was his maiden Test century in England. 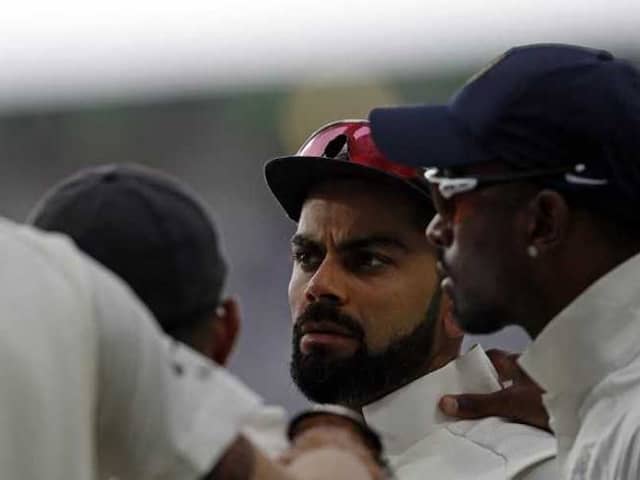 Former England captain Nasser Hussain was all praise for Virat Kohli the batsman but questioned the Indian skipper's leadership skills after the visitors' heartbreaking 31-run loss in the first Test at Edgbaston on Saturday. "Kohli was phenomenal in this game. He deserved to be on the winning side for the way he played with the tail. He singlehandedly brought India back into the Test match," Hussain told Sky Sports. "I do think he should take some of the responsibility for the loss, though. England were 87-7 with Curran and Adil Rashid at the crease and for some reason Ravichandran Ashwin went out of the game for an hour.

"India lost control then - he needs to look back on his captaincy and say 'when I've got a bloke who averages 19 against left-handers and a 20-year-old left-hander on strike, why did I take him off?'"

Kohli's magnificent 149 in India's first innings at Edgbaston was his maiden Test century in England.

The 29-year-old, one of the outstanding batsmen of his generation, had managed just 134 runs in 10 innings during five Tests on his maiden tour of England four years ago.

Not only did he top that total in one knock in Birmingham, he ended the first of this season's five-Test series with exactly 200 runs to his credit after making 51 in the second innings.

They resumed on their overnight 110 for five, with Kohli 43 not out and India's hopes of victory resting on the shoulders of their star batsman.

But India's bid for what would have been just their seventh win in 58 Tests in England suffered a hammer blow when Kohli was lbw to Ben Stokes, especially as the all-rounder had Mohammed Shami caught behind for a duck three balls later to leave the tourists on the brink of defeat at 141 for eight.

Virat Kohli Nasser Hussain England vs India, 2018 Cricket England vs India, 1st Test
Get the latest Cricket news, check out the India cricket schedule, Cricket live score . Like us on Facebook or follow us on Twitter for more sports updates. You can also download the NDTV Cricket app for Android or iOS.