India vs England: Virat Kohli Gears Up For Second Test At Lord's

India and England face off in the 2nd Test of the series at Lords from August 9. 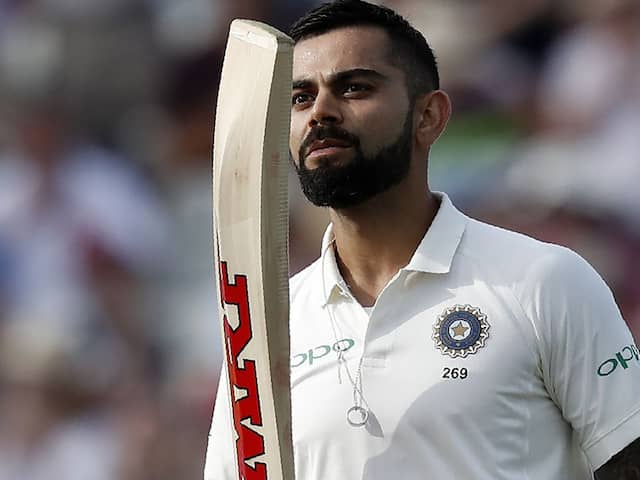 India captain Virat Kohli was literally the lone ranger in the first Test against England which saw the visitors succumb to a 31-run loss at Edgbaston. Kohli shone with the bat scoring 149 and 51 runs respectively but the other Indian batsmen didn't live up to expectations leading to the team's loss. Ahead of the second Test at Lord's from Thursday, Kohli was seen practicing his shots in a short 18-second video shared by the official Twitter handle of the Board of Control for Cricket in India (BCCI). "#TeamIndia Captain @imVkohli gearing up for the 2nd Test match at @HomeOfCricket. #ENGvIND", BCCI had captioned the video.

#TeamIndia Captain @imVkohli gearing up for the 2nd Test match at @HomeOfCricket.#ENGvIND pic.twitter.com/pii9cogOXS

Kohli had recently leapfrogged Australia's Steve Smith to become the No.1 Test batsman in the world in the latest International Cricket Council (ICC) rankings. Kohli is the seventh Indian and first since Sachin Tendulkar (2011) to achieve this milestone.

Kohli ended Steve Smith's 32-month reign as the top-ranked batsman and reached the top of the summit for the first time in his 67-Test career.

Apart from Kohli and Tendulkar, Rahul Dravid, Gautam Gambhir, Sunil Gavaskar, Virender Sehwag and Dilip Vengsarkar are the other India batsmen to have achieved the number-one ranking during their careers.

However, at 934 points, Kohli has become India's highest-ranked batsman, 14th overall, on the all-time tally of points. Kohli had entered the Edgbaston Test on 903 points, 13 points behind Gavaskar, and is now ahead of the ICC Cricket Hall of Fame by 18 points.

India take on England at Lord's in the second Test of the 5-match series on Thursday.

Virat Kohli BCCI Cricket
Get the latest Cricket news, check out the India cricket schedule, Cricket live score . Like us on Facebook or follow us on Twitter for more sports updates. You can also download the NDTV Cricket app for Android or iOS.