Moeen Ali said that the current Indian bowling attack is one of the best he has ever faced. 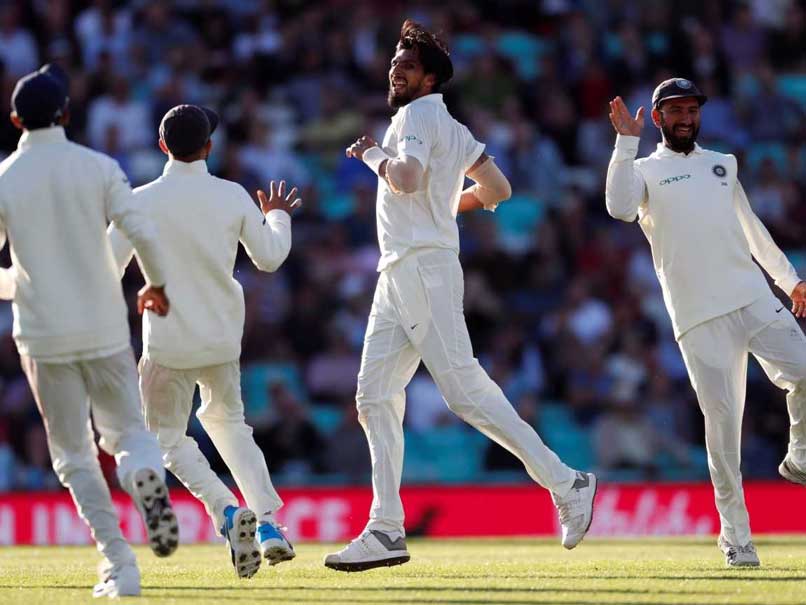 Ishant Sharma has been the pick of the Indian bowlers in the Test series against England.© Reuters

The Indian cricket team has over the years heavily relied on spin to get the better of opposition batsmen, be it at home or on an overseas tour. But how times have changed. India might have lost the ongoing five-match Test series, however, Indian pacers have done a remarkable job in England, outshining the hosts' much-vaunted fast bowling battery. The performances of the likes of Ishant Sharma, Jasprit Bumrah and Mohammed Shami has been praised by fans and former cricketers alike. On Friday, England all-rounder Moeen Ali joined in the chorus and lavished praised on the current Indian attack, saying it is one the best he has ever faced.

Ali scored 50 off 170 balls, and put on a 73-run stand with Alastair Cook as the hosts finished with 198 for seven at stumps on Day 1 of the fifth and final Test.

"I just tried to take it a ball at a time. I thought they bowled really well. The wicket was quite slow, but the ball was always doing something, so I just tried to stay as patient as I could. The Indian bowlers didn't give me a lot to hit. So I just tried to bat. I don't always play like that, but we were in a decent position," said Ali on Friday.

"You're always hoping to let them bowl and bowl. But they just kept coming, bowling same pace, same areas. It was one of the best bowling attacks I've faced. They were just always, consistently there."

Cook scored 71 runs off 190 balls and put on 60 runs with Keaton Jennings, England's best stand of the series thus far. He survived a dropped chance at 37, but couldn't capitalise to score a hundred as India struck back after tea.

Ali and Cook also put on 73 runs for the second wicket, after which England six wickets for 65 runs in the final session.

"When he got dropped, I just said it was meant to be for you. A player will come in to try and replace Cook, which will be very difficult. He was finding it difficult, probably not as easy as we thought it would be (on this wicket). There were some dents in the wicket.

"I prepared different this week than I would have done previously against a bit newer ball. It just gives you time to get your mind around batting at number three for England. I know I was dropped, I know I played and missed, but I just tried to bat. I'm always confident. There's always good players, maybe some you don't know about at the moment. Obviously we don't want these collapses at the time," he said.

Ali played and missed on umpteen occasions, but just didn't nick the ball, much to India's frustrations particularly Mohammed Shami.

Talking about his role as the number three batsman, he said, "I probably wasn't good enough to nick them. When I went into tea, the guys were calling me Geoffrey Boycott, then they came in, played and missed their first ball, and I was pretty happy with that.

"I've not done it (batting at number three) much for England, and I don't see why I can't bat there. I just go out and try to play according to the situation. I bat number three for Worcester and managed to score some runs (double hundred) there earlier this year. Why not?

Jasprit Bumrah England vs India, 2018 England vs India, 5th Test Cricket
Get the latest updates on Fifa Worldcup 2022 and check out  Fifa World Cup Schedule, Stats and Live Cricket Score. Like us on Facebook or follow us on Twitter for more sports updates. You can also download the NDTV Cricket app for Android or iOS.