Unlike the success of England's ODI side led by Eoin Morgan, the five-day team, who are ranked fifth in the world, have failed to win any of their last three series with just one match won. 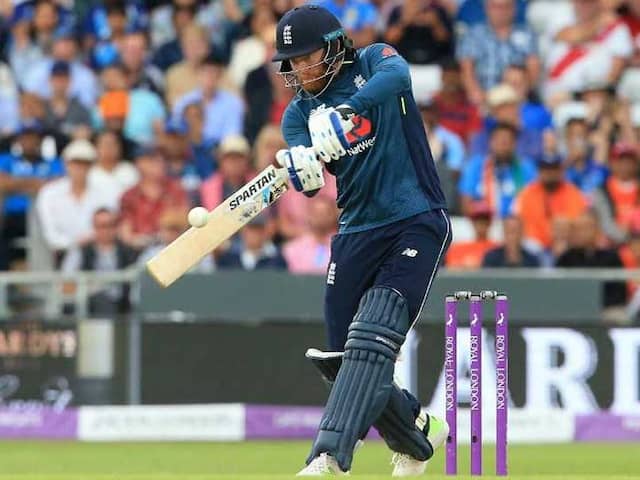 England's wicketkeeper-batsman Jonny Bairstow has urged his side to carry forward the momentum of their come-from-behind 2-1 ODI series win against India into the five Tests starting next month. "There's an overlap of players between the Tests and the one-dayers, so coming off the back of a series win is going to naturally boost your confidence," Bairstow told Sky Sports News. England bounced back from the 1-2 T20 International series defeat and loss in the first ODI to register convincing wins in the next two matches to claim the 50-over rubber 2-1. "Playing against the number two side in the world when you're ranked at one there's always pressure on it and to win that series was something we set out to do.

"We will take confidence from that into the Test team but at the same time it's something that we know with Test cricket is completely different."

Unlike the success of England's ODI side led by Eoin Morgan, the five-day team, who are ranked fifth in the world, have failed to win any of their last three series with just one match won.

Asked about Test skipper Joe Root's 'mic-drop' celebration after scoring a series-winning century at Headingley, Bairstow said: "I know he's copped a lot of stick for it."

"I don't think that'll be coming out anytime soon! It was good fun and he deserved to get man of the series the way that he went out and guided us through, especially at Headingley.

"Hopefully he goes out and keeps scoring the runs that he's scored in the last two games."

Joe Root also racked up a ton in the second ODI to roar back to form after a lean patch.

England take on India in the first of the five Tests on August 1 in Birmingham.

England Cricket Team Jonny Bairstow Edgbaston, Birmingham England vs India, 2018 England vs India, 1st Test
Get the latest Cricket news, check out the India cricket schedule, Cricket live score . Like us on Facebook or follow us on Twitter for more sports updates. You can also download the NDTV Cricket app for Android or iOS.