Shikhar Dhawan has not looked comfortable in the middle against the English fast bowlers. 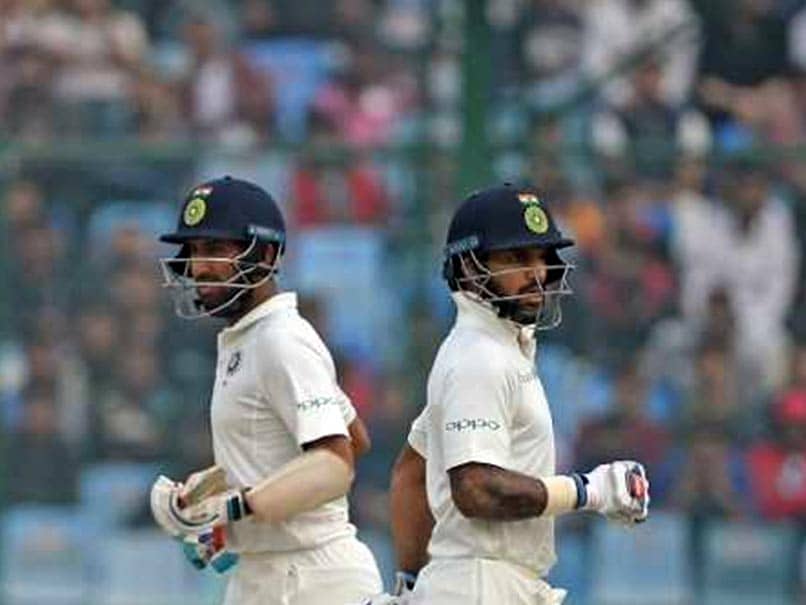 With just four days to go for the first Test against England in Birmingham, the Team India think-tank will be mulling over the forms of Shikhar Dhawan and Cheteshwar Pujara. Already suffering from the loss of their front-line seamers, the failure of top-order batsmen is something that will worry skipper Virat Kohli ahead of the start of the Test series. Dhawan, on Friday, yet again was dismissed for a duck, ending his warm-up game with a pair. Pujara too got out for 23 after a poor first inning outing where he managed to score just one run.

Dhawan started the England tour with scores of 4, 10 and 5 in the T20I series. Although the 32-year-old managed 40, 36 and 44 in the three ODI matches, he never looked comfortable in the middle against the English pacers. His dismissals in both innings of the warm-up match have further proved that Dhawan is struggling to adapt to the different weather and pitch conditions.

Same has been the case with India's number three batsman Pujara, who has been battling with a series of low scores in the past one month. In his last two first-class games for Yorkshire, Pujara got the scores of 0, 32, 23, 17.

With both Dhawan and Pujara looking out of form it will be a difficult decision for Kohli to change the batting line-up before the first Test, which begins on August 1. It is unlikely that the skipper and the team management will change the combination and stick to Dhawan and Murali Vijay opening for India and Pujara at number three. But if the duo fails then the middle order will be under pressure against the likes of James Anderson and Stuart Broad.

Virat Kohli England vs India, 2018 Cricket
Get the latest updates on India vs Australia and check out  Schedule, Results and Live Score. Like us on Facebook or follow us on Twitter for more sports updates. You can also download the NDTV Cricket app for Android or iOS.