Kuldeep finished with exceptional figures of 5 for 24 at Old Trafford last night, which restricted England to 159 for 8. 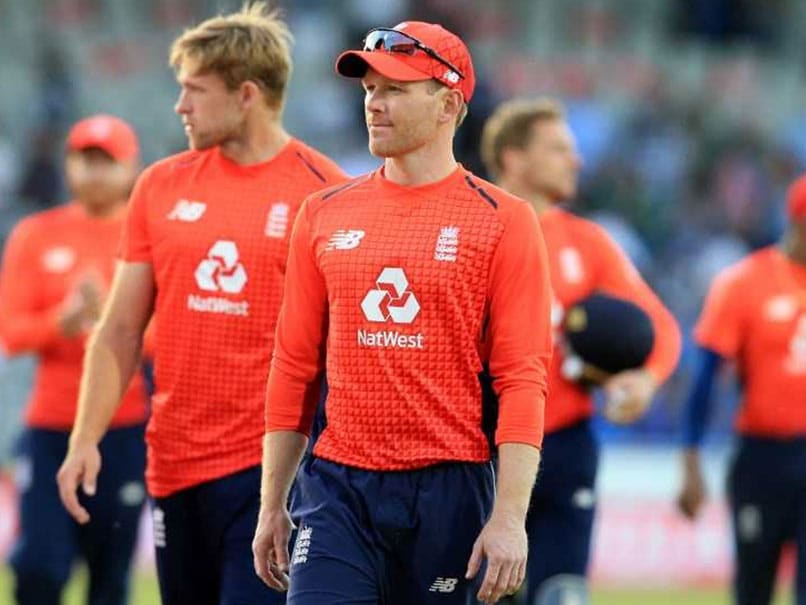 Morgan asked England middle-order to take a leaf out of Jos Buttler's book in how to play spinners.© AFP

England captain Eoin Morgan has admitted that Kuldeep Yadav "completely deceived" his batsmen in the opening Twenty20 International at the Old Trafford, and said the hosts need to put up a much-better show against the Indian wrist spinners in the remaining matches if they want to give the visitors a tough fight in the series. Kuldeep finished with exceptional figures of 5 for 24 at Old Trafford last night, which restricted England to 159 for 8. Kuldeep's scalps include three wickets in his third over when he had Morgan (7) caught in the deep and Jonny Bairstow and Joe Root stumped by MS Dhoni for golden ducks, as England subsided from 95 for 1 just after the halfway mark to post a modest 159 for 8, which India overwhelmed with eight wickets in hand to take a 1-0 lead.

"We weren't good enough in Bengaluru (when Yuzvendra Chahal took 6-25 in February 2017). But that was a different game. It was different today. Kuldeep took three wickets in four balls and deceived us. It wasn't a case of us chipping the ball up in the air. He completely deceived us and I thought he bowled well," acknowledged Morgan.

"We didn't get enough runs and were probably 30-40 runs short. I thought we got off to a brilliant start. Kuldeep bowled well but we know we can play him better than that. So between now and the next game, we need to assess our plans, make sure they are the right ones, and stick with them," he added.

Morgan asked England middle-order to take a leaf out of Jos Buttler's book in how to play spinners.

"You go from sitting in the dug-out to match pace, when a guy is three overs into his spell, it is going to be different. That's the hardest part about batting -- starting against a spinner so we have to face more deliveries off him. Jos was playing him (Kuldeep) better but he had probably already faced 35 balls before he came on to bowl," he said.

"Jos is a magnificent player of spin. If you go back and analyse how Alex Hales and Jos played him, it was actually pretty smart. They didn't give him chances. They didn't necessarily get away, but acknowledged he was bowling well. Then I looked to take on the short side, and it didn't work. Then he got two of our guys out," Morgan added.

Asked what different approach England batsmen can take to play Indian wrist spinners better going ahead in the series, Morgan replied, "It's like any other challenge. If you are facing someone who bowls 95mph, it is very difficult to replicate.

"If you're facing a guy who turns it both ways, and disguises it well, it's very difficult to replicate -- because there is nobody else who bowls like that. So you have to have a pretty clear plan, and stick to it."

England were just coming off a 6-0 blanking of Australia across ODIs and T20Is. But the hosts found India too hot to handle.

India completely dominated the game with KL Rahul scoring 101 not out off 54 balls to romp home with consummate ease.

In fact, India were even better in the field, so much so that Morgan was left lamenting half-chances missed by his teammates.

"They played our spinners in smaller margins. It could have gone the other way if we had taken our half chances, like Chris Jordan on the boundary, or if Rahul got caught at point early in the innings. Then it would have been a completely different game," Morgan said.

"He (Rahul) played extremely well and I don't think anybody found batting as easy as he did today.

"We have been talking in the lead-in, how this series and the next two weeks will be completely different (from the Australia series). We talked about every game in this series potentially feeling like an away game. That's the reality of things and we have to accept  that and get on with things. They (Indian) are a strong side, a really strong side," he signed off.

Eoin Morgan Kuldeep Yadav Old Trafford, Manchester England vs India, 2018 Cricket England vs India, 1st T20I
Get the latest updates on IPL 2021, check out the IPL 2021 Schedule and Indian Premier League Live Score . Like us on Facebook or follow us on Twitter for more sports updates. You can also download the NDTV Cricket app for Android or iOS.