England will now face Sweden on Saturday in bid to reach the semi-final where they will await Croatia or Russia. 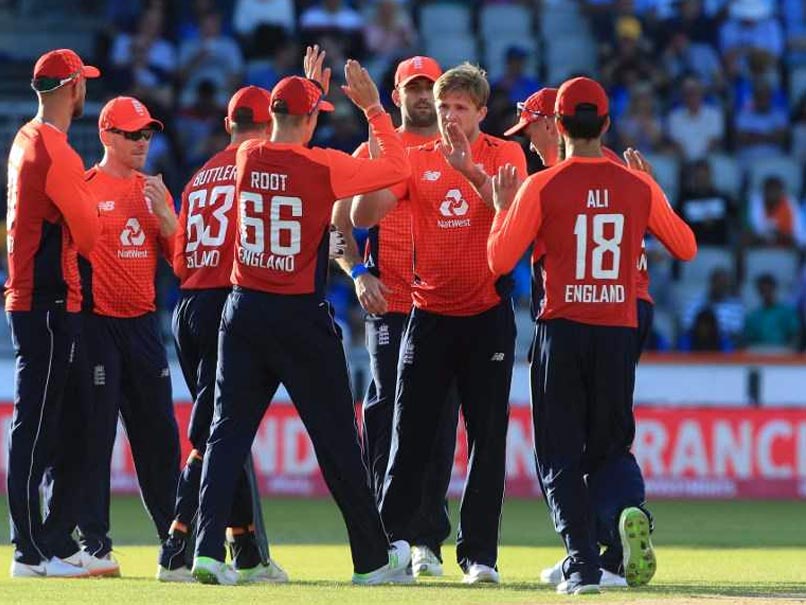 Despite the loss in Manchester, England's cricketers were in high spirits.© AFP

Despite slumping to an eight-wicket loss in their first Twenty20 International against India at the Old Trafford on Tuesday, England's cricketers were still in high spirits, following their football team's 4-3 FIFA World Cup penalty shootout win over Colombia. Put in to bat, England were restricted to 159/8 in 20 overs as wrist spinner Kuldeep Yadav claimed 5 for 24. Then, riding on KL Rahul's unbeaten 101 off 54 balls, the visitors chased down the target with ten balls to spare, but England were still in celebratory mood in the dressing room.

After the loss, Joe Root, Jos Buttler and Moeen Ali were filmed celebrating England's World Cup penalty shootout victory over Colombia. It was the first time that England won a penalty shootout at the World Cup and it also meant that the Three Lions are through to the quarter-finals.

England will now face Sweden on Saturday in bid to reach the semi-final where they will await Croatia or Russia. Whereas, the Eoin Morgan-led unit will lock horns with Virat Kohli's team in the 2nd T20I in Cardiff on Friday.

With a century in the first T20I, Rahul became just the second Indian batsman to score two tons in the shortest format of the game. Apart from him, only Rohit Sharma has achieved this milestone. Surprisingly, Kohli is yet to touch the three-figure mark in T20I cricket. He has the highest score of 90* in this format of the game.

India started their much-anticipated tour of England on a bright note by taking a 1-0 lead in the three-match T20I series.

Joe Root England vs India, 2018 Cricket England vs India, 1st T20I
Get the latest updates on IPL 2021, check out the IPL 2021 Schedule and Indian Premier League Live Score . Like us on Facebook or follow us on Twitter for more sports updates. You can also download the NDTV Cricket app for Android or iOS.