Anushka Sharma is often seen in the stands while Virat Kohli is batting. 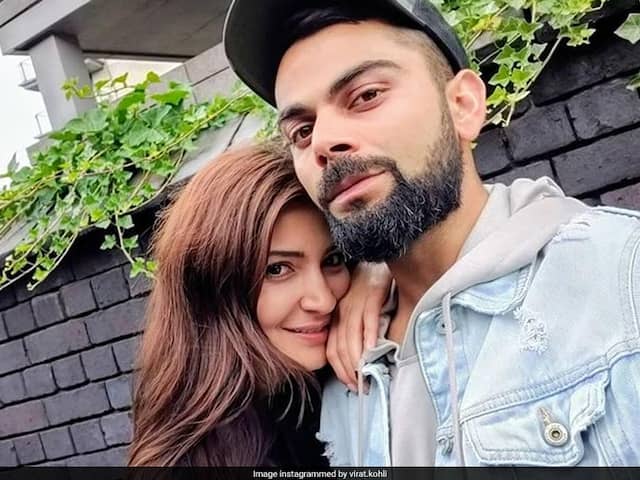 Virat Kohli and Anushka Sharma got married on 11 December, 2017© Instagram

Bollywood star Anushka Sharma is a regular attendee of husband and India cricket captain Virat Kohli's matches. Time and again Virat Kohli makes it a point to thank his wife for her support in his post-match presentations. However, this time around it was Anushka Sharma's turn to return the favour by expressing her affection for her husband at a programme related to her upcoming movie. In a video doing rounds on social media, students of a university were seen chanting 'Kohli, Kohli' to which Anushka replied, "Jee haan jee haan.. Sabko unse prem hai, mujhe bhi hai. Sabko unki yaad aa rahi hai, mujhe bhi aa rahi hai. (Yes, everyone loves him, I also love him. Everyone is missing him, I also miss him.)"

Kohli and his team could not emulate their third Trent Bridge success over hosts England as they lost the fourth match by 60 runs. The win gave England an unassailable 3-1 lead over India. After winning the toss The Rose Bowl in Southampton, England had opted to bat first and managed to post 246 runs on the board. In reply, India put 273 runs on the board in their first innings.

The hosts then went on to put 271 runs and gave India a target of 245 runs. Skipper Kohli (58) and Ajinkya Rahane (51) fought well paving the way for an Indian victory.

However, England's off-spinner Moeen Ali was the tormentor-in-chief again for the visitors (5/63, 4/71) as he diminished any comeback for India.

The fifth and final Test between India and England will begin on Friday at The Oval in London.