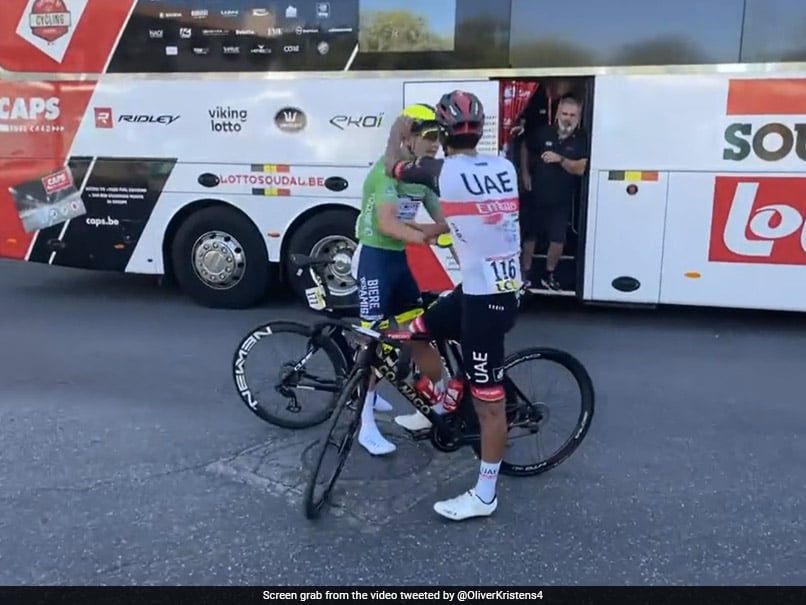 Columbian cyclist Juan Sebastian Molano on Friday was disqualified from the Criterium du Dauphine for punching a fellow rider during the sixth stage. A video of Molano, who rides for the UAE team, punching France's Hugo Page went viral on social media. In the video, Molano can be seen complaining about something to Page, before punching the latter. Following the incident, Molano admitted his mistake, saying that he will "learn from it".

"On the run-in to the finish it was fast and tense and in the heat of the moment I made a dangerous mistake. I understand why I was disqualified and can only say that I regret it and will learn from it," Molano told news agency AFP.

The 27-year-old also claimed that Page, who is a part of the Intermarche team, had been riding dangerously.

Incidentally, Molano also had a physical altercation with Page after both riders reached their respective team buses.

Belgium's Wout van Aert, who rides for the Jumbo team, retained his top spot ahead of the seventh and penultimate stage, which will take place later on Saturday, June 11.