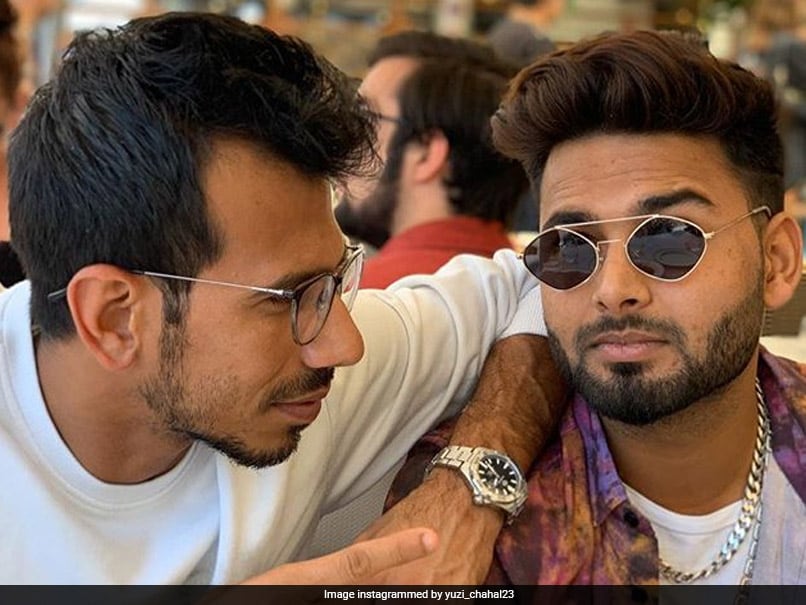 Yuzvendra Chahal had a decent outing with the ball against New Zealand in the Twenty20 International (T20I) series opener on Friday. Yuzvendra Chahalpicked up a wicket and conceded 32 runs in a run-fest in Auckland. On Saturday, Yuzvendra Chahal took to Instagram to share a couple of pictures with wicketkeeper-batsman Rishabh Pant. England women's team cricketer Danielle Wyatt was left 'star-struck' after seeing the pictures of the Indian duo's day out in Auckland. Danielle Wyatt posted a 'star-struck' emoji on the leg-spinner's post. 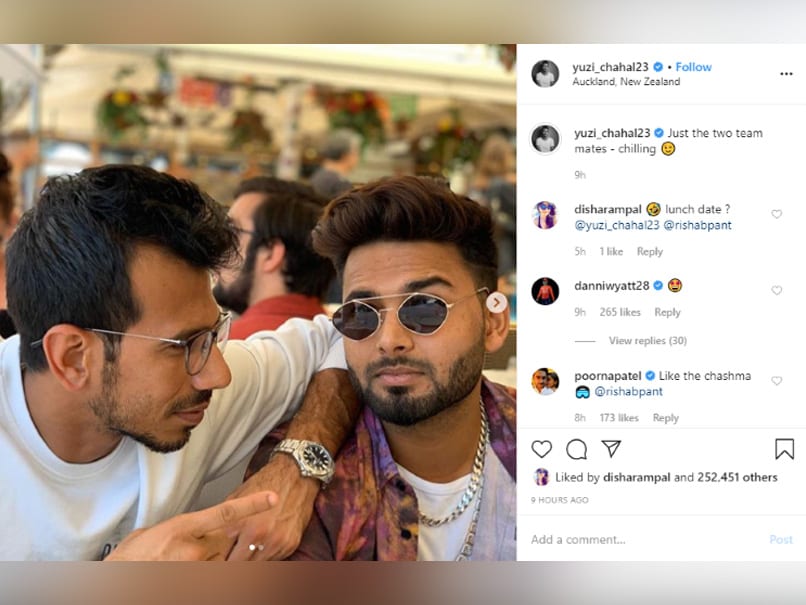 On the field, Yuzvendra Chahal along with Ravindra Jadeja troubled the New Zealand batsmen at Eden Park where more than 400 runs were scored in 39 overs during the course of the game.

Chahal and Jadeja bowled a total of six overs, conceding 48 runs while picking up one wicket apiece. India managed to keep New Zealand to 203 for five.

Chasing 204 for the win, Rohit Sharma failed with the willow butKL Rahul and India captain Virat Kohli put on a 99-run stand for the second wicket to steady the visitors in the run chase.

KL Rahul fell for 56 and soon after Kohli lost his wicket for 45. Shreyas Iyer then was joined by Manish Pandey in the middle and the duo got India home.

In the process, Iyer brought up his second half-century in the shortest format.

The 25-year-old Iyer finished the game with a six over square-leg as India took a 1-0 lead in the five-match series.

Rishabh Pant Cricket
Get the latest updates on IND vs NZ 2021, check out the Schedule and Live Score . Like us on Facebook or follow us on Twitter for more sports updates. You can also download the NDTV Cricket app for Android or iOS.