Rohit Sharma and Yuzvendra Chahal often engage in banter, either on social media or 'Chahal TV'. 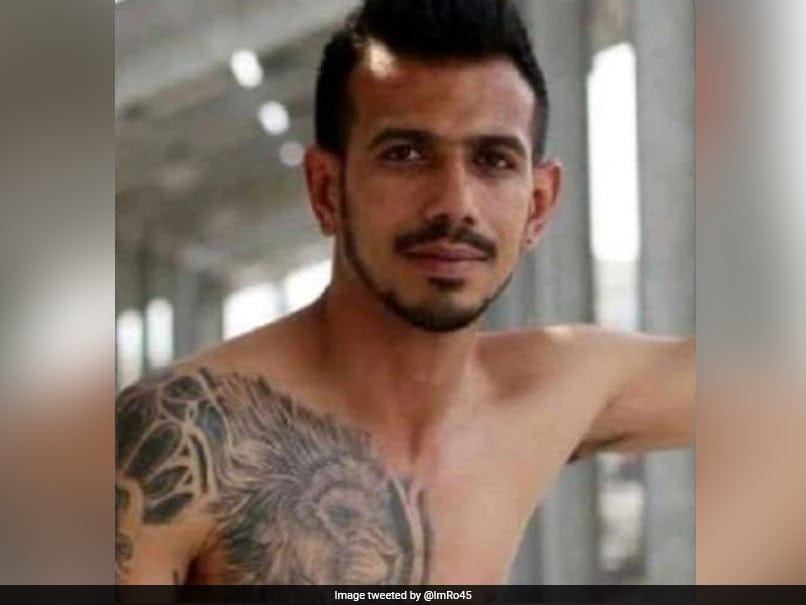 Rohit Sharma had some fun at Yuzvendra Chahal's expense.© Twitter

A day after leading India's successful chase against Australia to seal a series win in Bengaluru with his 29th ODI century, Rohit Sharma was in the mood for some fun as he trolled teammate and close friend Yuzvendra Chahal on Twitter. Rohit Sharma tweeted a photo of wrestler and actor Dwayne Johnson along with a shirtless picture of Yuzvendra Chahal, tagged the leg-spinner and wrote: "Best picture I saw today. India wins the series but someone else takes the headlines. Bravo!!"

Best picture I saw today. India wins the series but someone else takes the headlines. Bravo!! @yuzi_chahal pic.twitter.com/dN0RXh05q9

Yuzvendra Chahal simply replied saying "The rock" along with a flurry of emojis. For the uninitiated, "The Rock" was Dwayne Johnson's ring name in his wrestling days.

This is not the first time Rohit Sharma has had a go at Yuzvendra Chahal over his muscles. Once, appearing in an episode of 'Chahal TV' - a chat show hosted by the leg-spinner - Rohit was asked the secret behind his power that allows him to hit sixes so frequently.

"You don't need muscles to hit sixes," Rohit started off when Chahal interrupted him saying "So I can hit them too?"

"Yeah of course you can, but you have good muscles," Rohit said before asking him to flaunt them.

Rohit Sharma scored 119 as India chased down 287 against Australia in the third ODI in Bengaluru. He was named the player of the match for his fine knock. Rohit also crossed the 9000-run mark in the 50-over format. The win saw India clinch a close-fought series 2-1 after they lost the opener in Mumbai.