"You Did Not Post This": Dhanashree Verma Reacts To Yuzvendra Chahal's Hilarious Reel 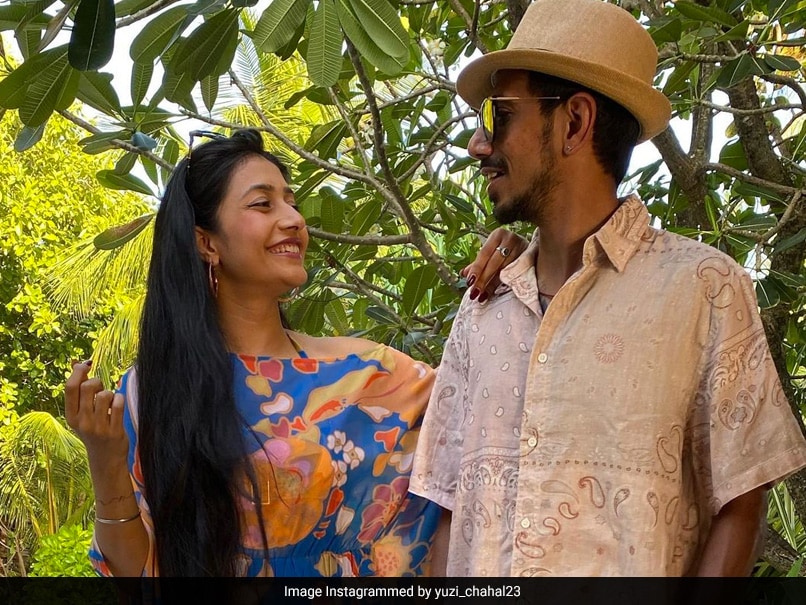 India spinner Yuzvendra Chahal took to Instagram to share a funny video featuring his wife Dhanashree Verma. In the reel, the couple enact a skit with Dhanashree offering fresh 'aloo ke paranthe' to Chahal, who responds by saying that he can't see any potatoes in the paranthas. To this, Dhanashree promptly enquires if he can see Kashmir in 'Kashmiri Pulao' and Benaras in a 'Benarasi Sari'. The video left Chahal's India teammate Shikhar Dhawan in splits, as he commented with a series of laughing emojis. Dhanashree was left slightly red-faced, and she wrote "No you did not post this."

Chahal and Dhanashree often engage in social media PDA, sharing cute pictures together on Instagram, and regularly featuring in each other's comments sections.

Chahal was last seen in action during India's white-ball tour of Sri Lanka.

The leg spinner finished as the leading wicket-taker in the three-match ODI series, taking five wickets in two games. India won the series 2-1.

He played only one of the three T20Is before being forced to quarantine along with seven other players after Krunal Pandya tested positive for COVID-19.

He took one wicket in India's lone win in the series, as the hosts ran out 2-1 winners.

Chahal will take the field next when Indian Premier League (IPL) 2021 resumes in the United Arab Emirates later this month.

Chahal is a key cog in the Royal Challengers Bangalore team that sits third in the table.