Yuzvendra Chahal shared a post on social media where he is seen as the winner of "Pose Of The Decade", a hilarious spin-off from the ICC awards. 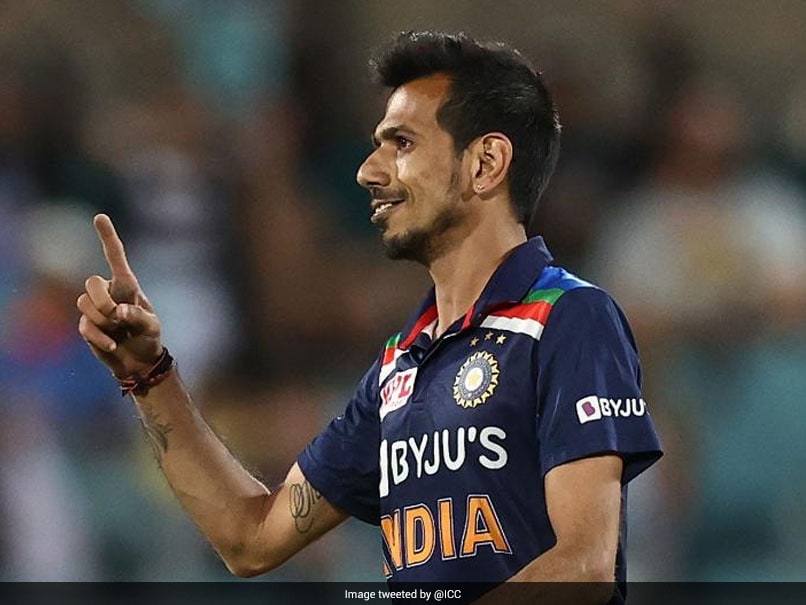 Yuzvendra Chahal last played for India in the limited-overs series against Australia.© ICC/Twitter

Yuzvendra Chahal indulged in some self-deprecating humour on Wednesday when he shared a post in his Instagram stories that showed him as the winner of a "Pose Of The Decade" award - a spoof of the ICC Awards of the Decade recently announced by the International Cricket Council (ICC). "Thank you I feel honoured," wrote Chahal in the post where he can been relaxing by the boundary with a drinks tray by his side during one of India's One-day International games. 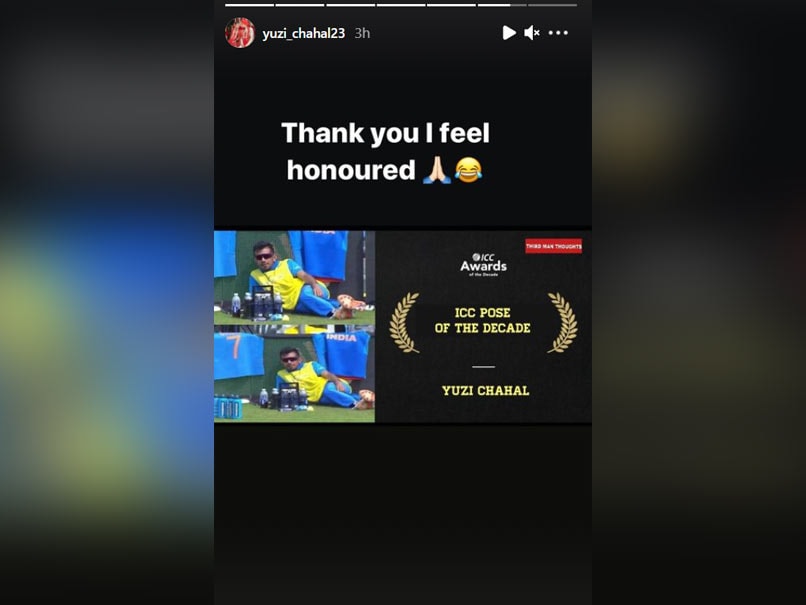 Chahal, who recently married long-time partner Dhanashree Verma, last played for India during the limited-overs series against Australia in November-December.

The 30-year-old remains active on social media and recently shared several pictures and videos from his marriage celebrations.

Chahal and wife Dhanashree posted pictures with former India captain MS Dhoni and his wife Sakshi, who had invited the Chahals for dinner.

"Extremely happy & blessed," wrote Chahal on Instagram as he posted a picture with Dhoni.
Dhanashree had also posted pictures where the two couples are seen in a grouping.

A leg spinner by trade, Chahal made his international debut in 2016 and he has played 54 ODIs and 45 T20Is.

Chahal has 92 ODI wickets and 59 T20I wickets to his credit.

He played for Royal Challengers Bangalore (RCB) in Indian Premier League 2020 where the team made the playoffs.

Chahal is expected to be seen in international cricket next in India's home series against England in March 2021.

England are scheduled to tour for four Tests, five T20Is and three ODIs in February-March 2021.

Yuzvendra Chahal Cricket
Get the latest updates on ICC T20 Worldcup 2022, check out the Schedule and Live Score. Like us on Facebook or follow us on Twitter for more sports updates. You can also download the NDTV Cricket app for Android or iOS.