Yuzvendra Chahal posted a Tik Tok video on Twitter with his India teammates Rohit Sharma and Khaleel Ahmed on Wednesday. 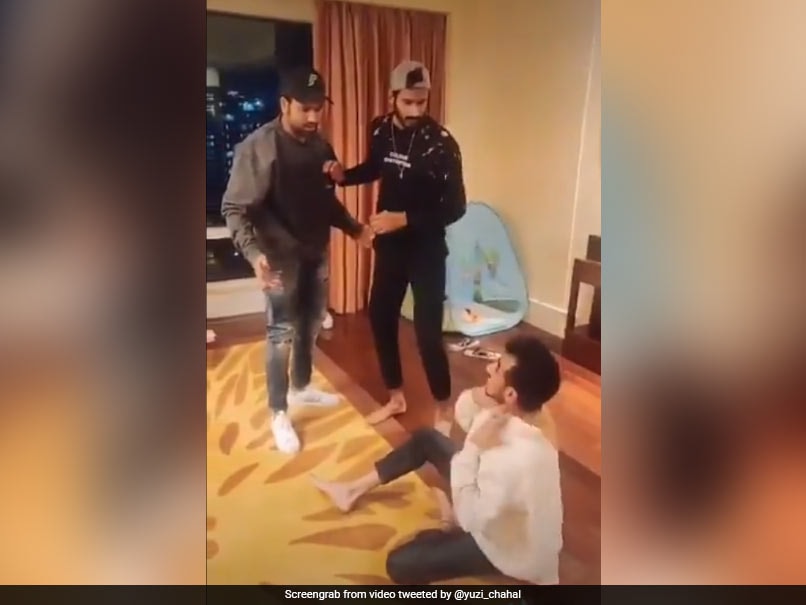 Chahal, 29, was the star with the ball for India in the One-Day International series in New Zealand, which India lost 0-3.

The leg-spinner picked up six wickets in the two matches that he played in that series at an economy rate of 5.25.

India are currently in New Zealand for the two-match Test series.

While Chahal and Khaleel Ahmed are yet to get their maiden Test call-up, Rohit Sharma missed out on the Test series due to a calf injury he sustained during the fifth Twenty20 International in Tauranga.

In the first Test, India suffered a 10-wicket loss inside four days in Wellington to register their first loss in the ICC World Test Championship.

It was New Zealand's 100th win in the longest format of the game. With the win, New Zealand went past Sri Lanka in the World Test Championship points table to take the fifth spot.

Despite the loss, India remain on top of the table with 360 points from seven wins out of eight Tests.

The second Test will be played in Christchurch, starting on Saturday.

Rohit Sharma Khaleel Ahmed Cricket New Zealand vs India, 2020
Get the latest updates on IPL Auction 2023 and check out  IPL 2023 and Live Cricket Score. Like us on Facebook or follow us on Twitter for more sports updates. You can also download the NDTV Cricket app for Android or iOS.