Rohit Sharma is working his way back to fitness after pulling out of the New Zealand tour following a calf injury. 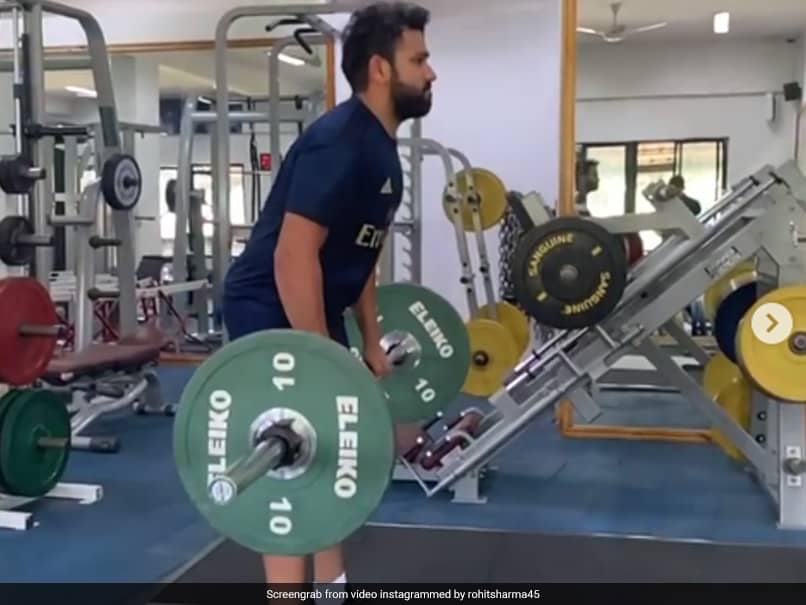 Rohit Sharma uploaded a video from his first session with weights after his injury.© Instagram

Rohit Sharma, who is currently nursing a calf injury, took to Instagram to share a video of him lifting weights at the gym. While many fans urged him to get better soon and wondered if the video hinted at a return to the field was coming soon, Harbhajan Singh had a different question altogether. "Only 40 kg for this ?? Common shaana," the spinner commented on Rohit's video. Rohit Sharma, responding to Harbhajan, wrote "that's because it's my first day after injury with weights."

Harbhajan Singh's comment left users in splits, while some commented saying 40 kg was enough for Rohit to keep sending the ball to the stands. 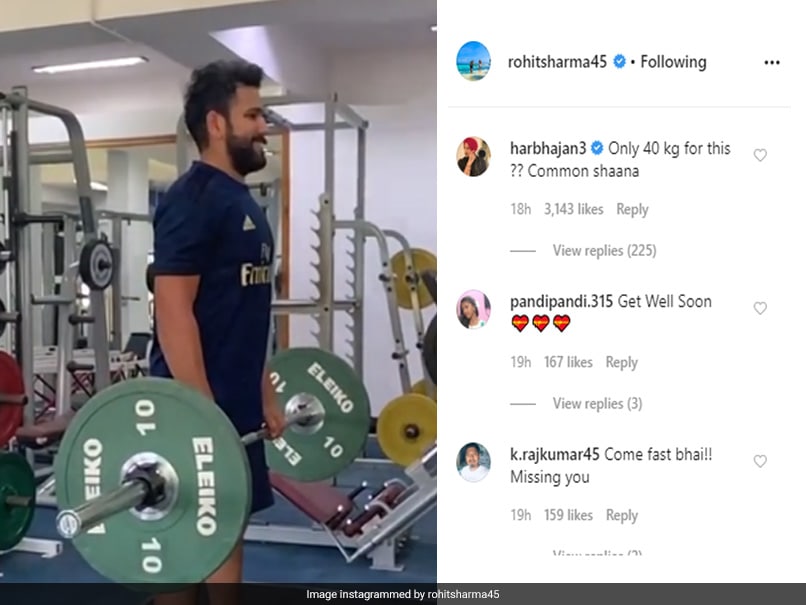 "But he always hit the ball into the stands regardless doing 40 kg," wrote another.

"Now you want double hundred in deadlifts or what?? He is injured," another user commented.

Rohit Sharma will be aiming to come back in time for the ODI series against South Africa in March, with the Indian Premier League scheduled to begin after that.

Rohit Sharma Harbhajan Singh Cricket
Get the latest updates on IPL 2021, IPL Points Table , IPL Schedule 2021 , live score . Like us on Facebook or follow us on Twitter for more sports updates. You can also download the NDTV Cricket app for Android or iOS.