Yuzvendra Chahal put his acting skills to show as he and fiancee Dhanashree Verma came up with their version of "Rasode Mein Kaun Tha". 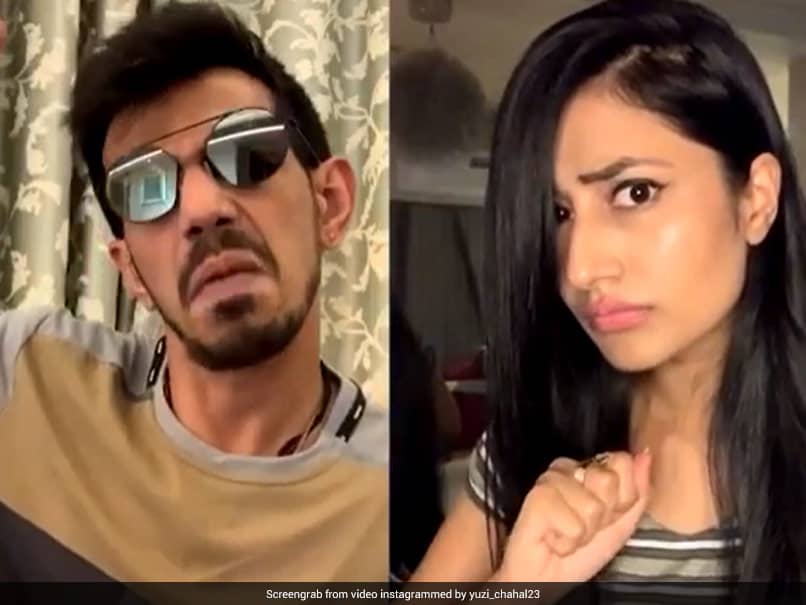 Yuzvendra Chahal and his fiancee Dhanashree Verma's professions are poles apart. While Chahal is a professional cricketer, Dhanashree is a content creator. However, the impact of the COVID-19-induced lockdown is such that Chahal has seamlessly blended into her profile and the two have pulled off their version of rapper Yashraj Mukhate's Rasode Mein Kaun Tha. “Love how we can sync together” quipped Chahal in the caption of the rap video he posted on Instagram, tagging Dhanashree. “It's really surprising that I can watch this on loop... @yuzi_chahal23 you've nailed it” was Dhanashree's response in the comments.

Now it's our turn @dhanashree9 Toh batao #rasodemeinkauntha Love how we can sync together . Thank you @kishh.t for creating this amazing edit . @yashrajmukhate yeh lo humara version on your creativity

Chahal and Dhanashree got engaged recently and cricketer announced the engagement on social media on August 8.

The 30-year-old is in the UAE with RCB to play in the 13th season of Indian Premier League (IPL) and could come up against Gayle, who will turn out for Kings XI Punjab (KXIP).

Both RCB and KXIP are yet to win the IPL and have had a change in management ahead of the season. While Mike Hesson was appointed Director of Cricket at RCB, former India captain Anil Kumble was named KXIP's head coach.

The league has been moved out of India this year and will most likely be played behind closed doors in the UAE from September 19.