Former India cricketer Yuvraj Singh has gotten the better of many fierce bowlers during his glittering career but what happens when he comes up against a Liger? 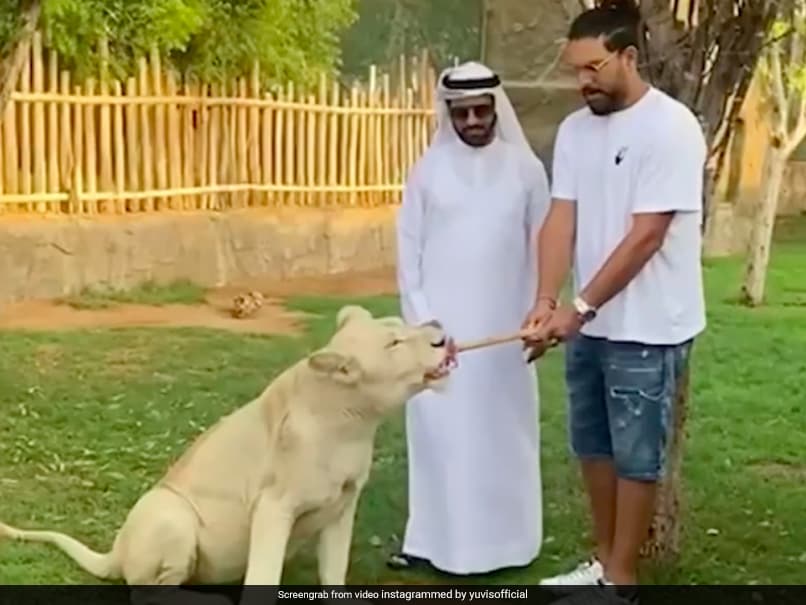 Yuvraj Singh had an adventurous time during his meeting with wild animals.© Instagram

Former India cricketer Yuvraj Singh showed his adventurous side as he posted a video of having some fun with animals at 'Fame Park' in Dubai, including playing tug of war with a 'liger'. Yuvraj and a couple of his friends pulled from one end of the rope while the other end was being pulled by a 'liger'. Not content with taking on a liger, Yuvraj then had a huge snake put around his neck, and also fed a bear, monkey and other wild beasts. While posting the video, Yuvraj wrote, "Tiger vs Liger. Tiger vs liger and of course we know the end result had a lovely experience overcoming my fears, interacting with the true nature of the jungle. Thank you @sb_belhasa and @huzefa_ali."

He added, "Fame Park is a safe haven where all animals are looked after and provided for in a secure environment. They are in a protected space and the caretakers are very well trained and equipped to look after all their needs. No animals were harmed during the making of this video."

Yuvraj has been quite active on social media in recent times. He posted a photograph on the anniversary of India winning the inaugural T20 World Cup in 2007 in South Africa, during which he hit six sixes against England's Stuart Broad as well.

Yuvraj's epic feat still resonates as it remains one of the highlights of the left-hander's career.

The T20 World Cup starts from October 17 in UAE and Oman.