Yuvraj Singh, Others In Splits As Indian Cricketer Shares "Selfie" With Ariana Grande

Ex-PBKS all-rounder Harpreet Brar has gone viral once again, but this time for his off the field antics. Brar shared a unique selfie with American pop star Ariana Grande. 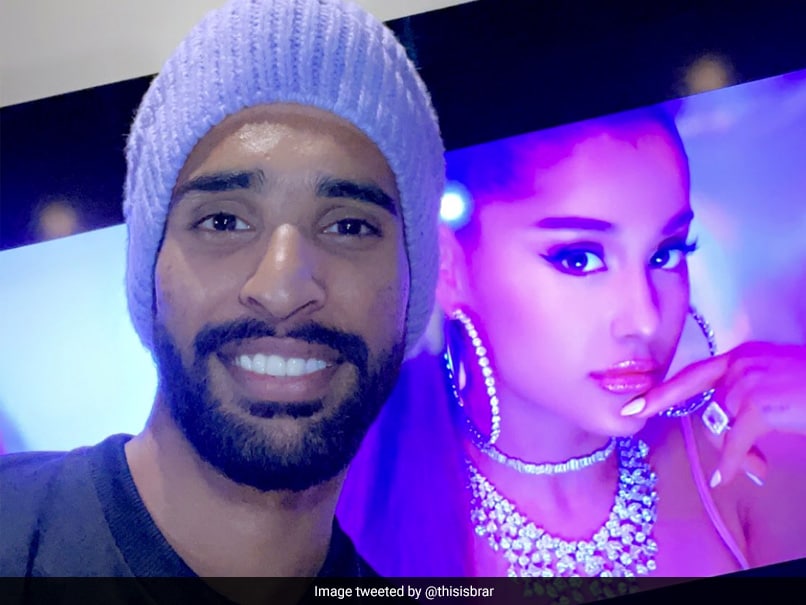 Harpreet Brar, who played for Punjab Kings (PBKS) during Indian Premier League (IPL) 2021, grabbed eyeballs after taking the wickets of Virat Kohli, AB de Villiers and Glenn Maxwell in a game against Royal Challengers Bangalore (RCB) during the India-leg of the tournament. The all-rounder, who was not retained by PBKS ahead of the mega IPL auction, has gone viral once again, but this time for his off the field antics. Brar shared a unique selfie with American pop star Ariana Grande.

However, the unique thing about the photo is that Brar was not in person with Grande instead clicking the "selfie" when she appeared on the television.

Taking to Twitter, Brar captioned the photo: "Selfie with @ArianaGrande".

Here are some of the fan reactions:

"Destroyer of RCB with Ariana Grande," a fan replied.

Destroyer of RCB with Ariana Grande

Both Harpreet Brar and Mandeep Singh were not retained by the PBKS. Even star batter KL Rahul was released by PBKS, who have only retained Mayank Agarwal and uncapped pacer Arshdeep Singh.

The IPL retention process is over and the eight existing IPL teams have had their picks. All the big names have been retained but some unretained players might trigger a bidding war during the mega auction.

The two newly-added franchises -- Lucknow and Ahmedabad -- can draft three players each ahead of the mega auction, likely to be held in first week of January 2022.

Yuvraj Singh IPL 2022 Cricket
Get the latest updates on IPL Auction 2023 and check out  IPL 2023 and Live Cricket Score. Like us on Facebook or follow us on Twitter for more sports updates. You can also download the NDTV Cricket app for Android or iOS.