Sachin Tendulkar and his team volunteered for the blood donation, hoping to set an example for others to follow. 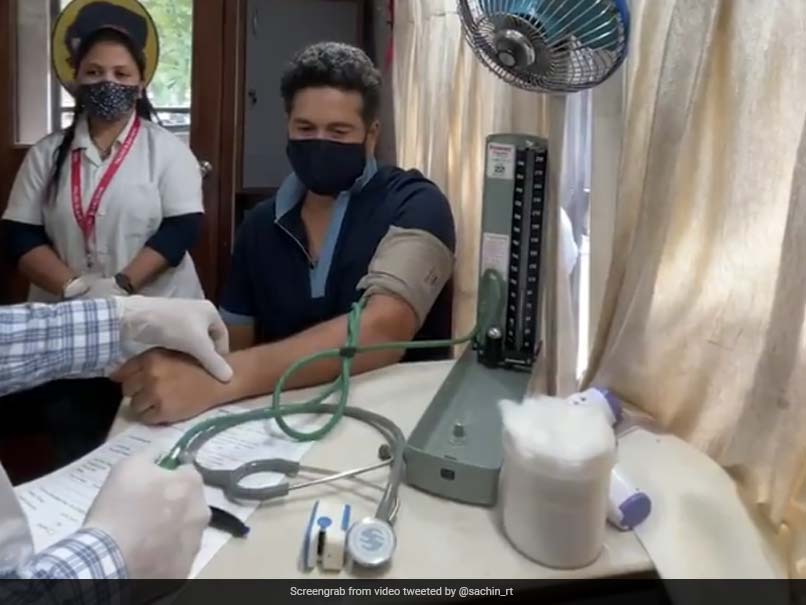 Former India captain Sachin Tendulkar on Monday donated blood on the occasion of World Blood Donor Day and also urged citizens to come forward and take part in voluntary blood donation. Tendulkar, who went in for the blood donation on Monday morning along with his team in Mumbai, highlighted the value of blood in treating many medical conditions, and how the timely availability of safe blood for transfusion plays a vital role in saving human lives. In a video posted through his social media handles, Tendulkar spoke about his personal experience of a close relative in need of blood a few months back.

We all have the power to save a life. Let's use it.

Sharing a recent incident from my personal life that really touched my heart.

On #WorldBloodDonorDay, I request everyone who can donate blood to get in touch with a blood bank and understand how to do so safely. pic.twitter.com/DbjQoBOqp8

Tendulkar and his team volunteered for the blood donation, hoping to set an example for others to follow. It must be noted that Tendulkar has been actively involved in creating awareness about blood donations through supporting various initiatives.

The Master Blaster had earlier posted a video encouraging Mumbaikars to come forward for the blood donation camp organised by the Lalbaugcha Raja organising committee. Recently during his birthday, he had promised to donate blood and World Blood Donor Day has seen him living up to his promise.

Earlier this year, Tendulkar had tested positive for Covid-19 and he even had to be hospitalised. He later contributed to the cause of 'Misson Oxygen' in order to help the country fight the second wave of the Covid-19 pandemic. A group of 250 young entrepreneurs launched Mission Oxygen to raise funds for importing oxygen concentrators and donating them to hospitals across the country.

"The second wave of COVID has put our healthcare system under immense pressure. Providing oxygen for a large number of serious COVID patients is the need of the hour. It is heartening to see how people are rising to the occasion. A group of 250 young entrepreneurs have launched Mission Oxygen to raise funds for importing oxygen concentrators and donating them to hospitals across the country," Tendulkar had written in a statement on Twitter.

"I've helped by contributing to the cause and hope that their effort soon reaches out to many more hospitals across India. Your support when I was playing was invaluable and helped me succeed. Today, we have to stand together behind everyone that is working hard to fight this pandemic," he added.