Harmanpreet Kaur did not celebrate after taking the catch of her Indian team compatriot Smriti Mandhana. 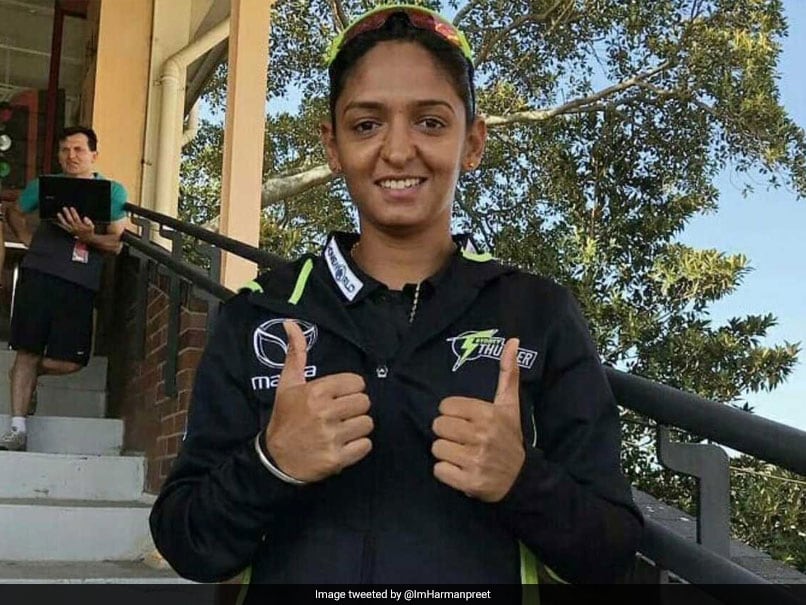 Harmanpreet Kaur is the captain of Smriti Mandhana in the Indian women's T20 team.© Twitter

Harmanpreet Kaur is the captain of Smriti Mandhana in the Indian women's T20 team. But on Friday Harmanpreet Kaur, playing for Sydney Thunders in the Women's Big Bash League, played a key role in dismissing her national team compatriot Mandhana. The 29-year-old Harmanpreet took a brilliant catch just on the edge of the circle to dismiss Hobart Hurricanes opener Mandhana after a quick-fire 29. However, after taking the catch, Harmanpreet did not celebrate.

Mandhana had notched up two boundaries and one six in 22-ball knock.

Despite Mandhana's important knock, Hobart Hurricanes lost the match by six wickets. Fellow-opener Erin Fazackerley was the highest run-getter for the side scoring 35 runs from 21 deliveries.

However, Harmanpreet did not fare too well in the match, contributing just 13 runs. She had notched up the scores of an unbeaten 52 and 33 in the previous matches of the league.

After the match, Sydney Thunders remained on top of the table with 10 points from five matches while Hobart Hurricanes are at the bottom with only one win from their seven matches.

Mandhana, on the other hand, has played 52 matches in the shortest format of the game. She averages 22.73 with the highest score of 83.

Comments
Topics mentioned in this article
Harmanpreet Kaur Smriti Mandhana Cricket
Get the latest updates on ICC Women's Cricket World Cup 2022 and IPL 2022, check out the Schedule , Live Score and IPL Points Table. Like us on Facebook or follow us on Twitter for more sports updates. You can also download the NDTV Cricket app for Android or iOS.