New Zealand pacer Lockie Ferguson turned out to be the hero for the Auckland Aces during their Super Smash game against the Central Districts at the Palmerston North Stadium on Monday. 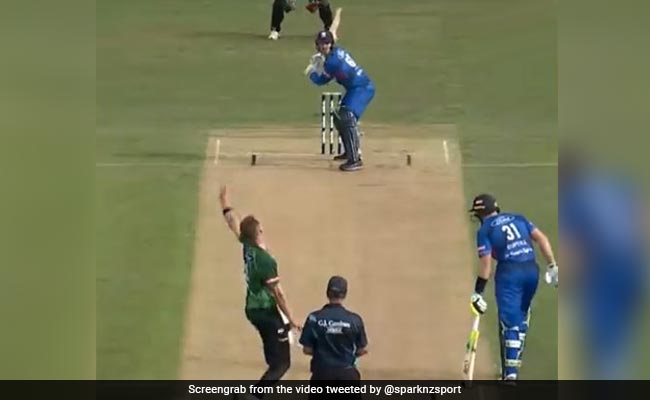 New Zealand pacer Lockie Ferguson turned out to be the hero for the Auckland Aces during their Super Smash game against the Central Districts at the Palmerston North Stadium on Monday. With five runs needed off the final two deliveries, Ferguson smashed a six off the bowling of Joey Field to help the Aces seal the win. It was 'deja vu' all over again as Trent Boult, who was playing for the Northern Districts, had accomplished a similar feat during a game against Canterbury, last week.

With six runs needed off the final ball, Boult had smacked Ed Nuttall over deep mid-wicket for a gigantic six.

Spark Sport's official Twitter handle posted a video of Ferguson smashing Field for a six on the penultimate delivery.

After winning the toss, the Central Districts had elected to bat first against the Aces.

Greg Hay scored a brilliant 52 off just 45 balls while Bailey Wiggins (37) and Dane Cleaver (42) also played handy knocks at the top of the order as the Districts posted a total of 168/5.

In reply, Martin Guptill starred for the Aces with 79 off just 58 balls in the chase.

However, Ferguson was turned out to be the hero as the visitors won the game with four wickets and one ball to spare. He had taken two for 24 during the Northern Districts' innings.

Despite the defeat, the Districts remained top of the table with 14 points after 5 games.

Aces, on the other hand, registered just their second victory of the ongoing Super Smash campaign.

Trent Boult Cricket
Get the latest updates on ICC Women's Cricket World Cup 2022 and IPL 2022, check out the Schedule , Live Score and IPL Points Table. Like us on Facebook or follow us on Twitter for more sports updates. You can also download the NDTV Cricket app for Android or iOS.