All-rounder Angelo Mathews has pulled out of the remainder of Sri Lanka's tour to the West Indies "to attend to a family matter," said Sri Lanka Cricket. 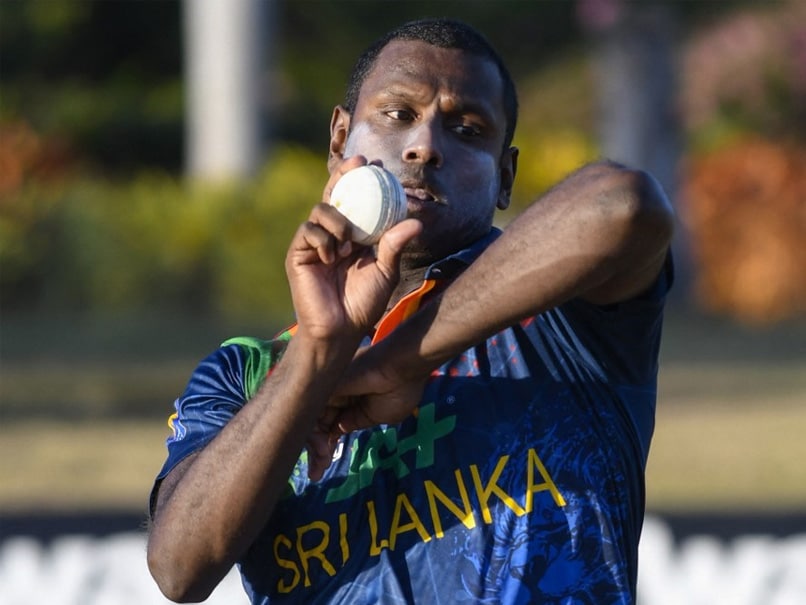 Angelo Mathews has pulled out of Sri Lanka's ongoing tour of the West Indies.© AFP

Sri Lanka all-rounder Angelo Mathews has pulled out of the West Indies tour and will miss the two remaining one-day internationals and two Test matches, the cricket board said Thursday. Sri Lanka Cricket said Mathews, 33, a former skipper, was leaving the Caribbean Thursday and will not rejoin the team which has already played three T20 matches and one ODI. "The purpose of his return is to attend to a family matter," Sri Lanka Cricket said in a statement without giving details.

Official souces said tough quarantine procedures meant he will not be able to rejoin the team for the rest of the tour.

The rest of the ODI matches will be at the Sir Vivian Richards Cricket Stadium on Friday and Sunday. The first Test starts on March 21 and the second and final game is scheduled for March 29.

Angelo Mathews Cricket
Get the latest updates on ICC Women's Cricket World Cup 2022 and IPL 2022, check out the Schedule , Live Score and IPL Points Table. Like us on Facebook or follow us on Twitter for more sports updates. You can also download the NDTV Cricket app for Android or iOS.