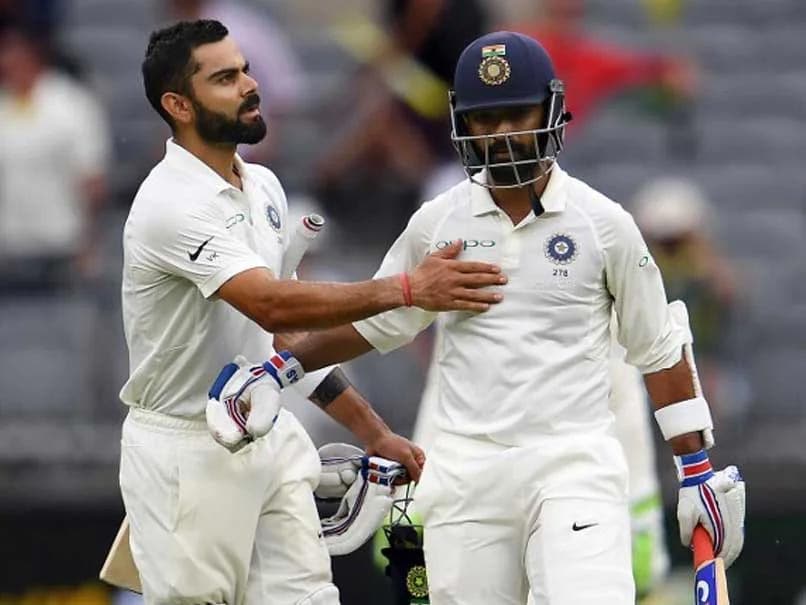 Ajinkya Rahane's form has been a hot topic of debate in 2021.© AFP

India captain Virat Kohli marked his return to the side for the Mumbai Test against New Zealand with a thumping 372-run win. The record-breaking triumph also helped the Indian team clinch the two-match Test series 1-0 and regain the number one spot in the latest Test Team rankings. Post the match, Kohli backed his struggling and out-of-form veteran batter Ajinkya Rahane. Taking that into account, Pakistan former Pakistan skipper heaped praise on Kohli and gave reasons why he is such a successful leader in the longest format of the game.

Talking on his official YouTube channel, Butt lauded Kohli's statement in support of Rahane despite the latter's woeful form this year.

"One of the most valuable reasons behind Team India's success under the captaincy of Virat Kohli is backing his players, especially when they most need them. Not just Kohli, pick any good captain in world cricket, they will always back their proven player, who is now going through a lean phase. And when such players are backed during their time of struggle, with the amount of confidence the player gains they come out stronger and produce unthinkable results," Butt said.

Rahane's form has been a hot topic of debate in 2021, something which could be a factor in him being replaced by Rohit Sharma as the next Test vice-captain from the South Africa Test series.

Butt pointed out that Kohli backed his players through "thick and thin" and trusted their abilities to bounce back.

"In cases when the player has top-class credentials, has helped script unbelievable victories, or has performed well under pressure, you have to back them. And this is the reason why he is such a successful captain. He trusts his players, backs him through thick and thin. And that is why players respond. And he is the vice-captain of the Indian team, who led the Indian side to victory in Australia in the absence of Kohli and has performed as batsman as well," he added.

After the culmination of the second Test in Mumbai, Kohli came out in support of Rahane, saying

"I can't judge his form. No one can judge it. Only the individual knows what he's going through," Kohli told reporters.

"We need to back them in these moments, especially when they have done well in the past. We don't have this environment where we have our players asking 'what happens now?'. We support everybody in the side, Ajinkya or anyone. We don't take decisions based on what happens outside," he added.

Rahane had to sit out for the Mumbai Test owing to an injury concern and with Shreyas Iyer having a dream start to his Test career, the pressure on Rahane to deliver is growing.

Ajinkya Rahane Cricket
Get the latest updates on ICC T20 Worldcup 2022 and CWG 2022 check out the Schedule, Live Score and Medals Tally. Like us on Facebook or follow us on Twitter for more sports updates. You can also download the NDTV Cricket app for Android or iOS.